As with CJF Chinese Fine Cuisine, this is an unexpected post. I saw a while ago that the Great Wall Grill sign had been changed to GK Mongolian BBQ. I wasn’t sure if it was a rebranding or if it was a new business. Today I thought I’d go find out. Whatever the case may be I figured I’d have some tasty Mongolian BBQ for lunch.

As soon as I walked in, just after 11AM, I had a pretty good idea that it was different owners. Although largely unchanged, the wall that previously had Polaroids of customers had been redone with posters marked with the GK logo in the corners. The front-of-the-house staff all wore white t-shirts with the GK Mongolian logo on them. It had a very clean, corporate feel to it. Take that however you will, but China Run very much had that feel to it despite being a single, locally owned and operated location and I loved the place. One of the posters was a black and white photo of a cook and it said “GK Stockton 1986,” which lead me to believe there were more than just this one. After a bit of searching I was able to find another 3 or 4 locations in the Stockton/Modesto area, but that looks to be about it.

Moving along, I was greeted quickly by the host. From here on out, the service and flow was pretty much identical to how Great Wall ran the place. He asked me if I was dining in or taking out, then ran me through the options of soup or salad (I went with the egg flour soup), white or fried rice (I passed on this) and what kind of drink (I chose a Mr. Pibb). He told me to go ahead and get started on my bowl and pointed out the booth where he would get me setup. 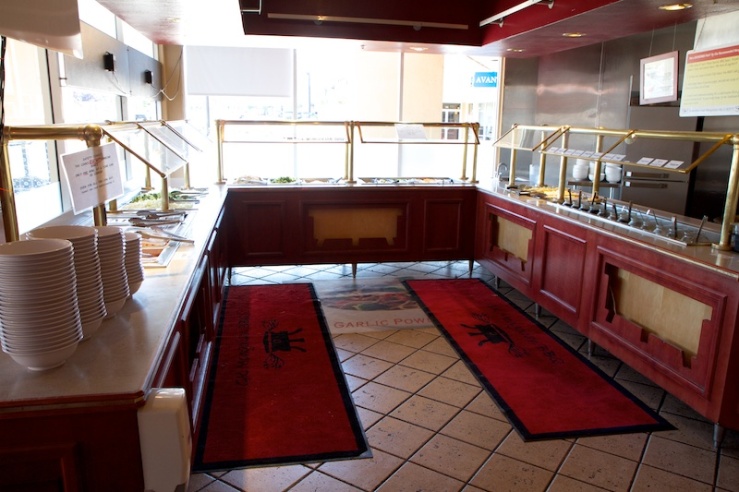 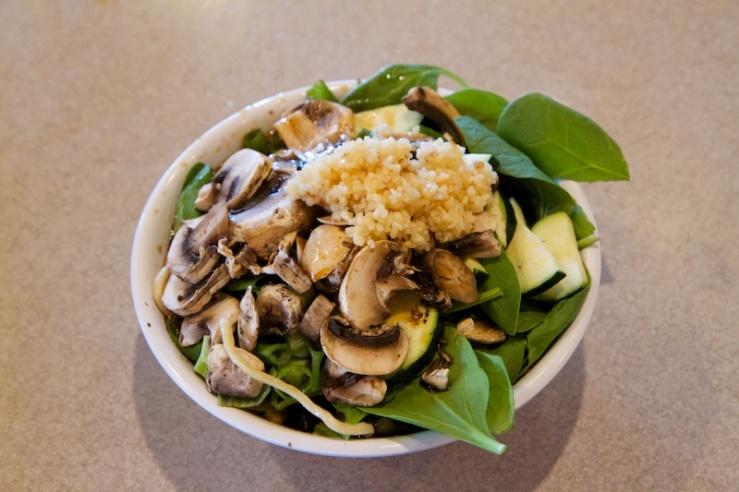 The line of ingredients seemed mostly unchanged. All the usual stuff was there, beef, pork, lamb and chicken, noodles, white & green onions, mushrooms, zucchini, etc. They even still had tofu, of which Great Wall was one of the few places that carried it. The sauces, oils and seasonings towards the end were all similar, if not the same as before. I built the same bowl I typically make everywhere and loaded it up to just below the rim with mostly house sauce, a little bit of kung pao and one small ladle sesame oil. The cook went to work right away as soon as I was ready and within a couple minutes I had a steaming hot bowl in front of me. I topped it off with some fried chow mien noodles, sesame seeds and peanuts then headed to my table, where my Pibb, soup and appetizers awaited me. 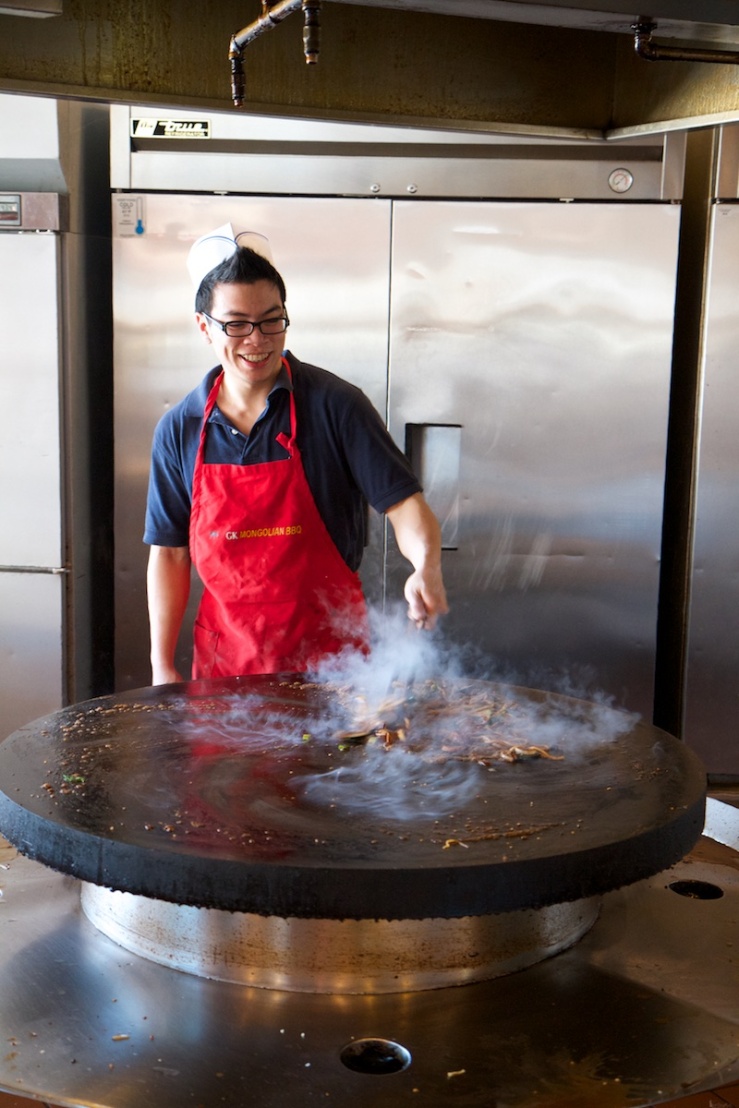 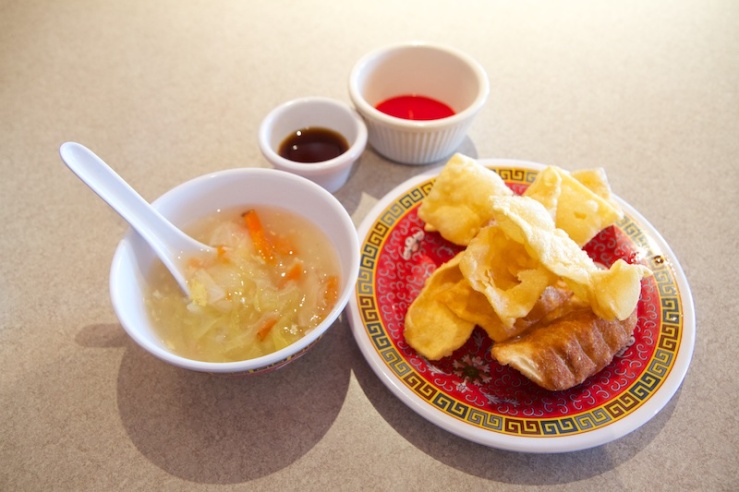 I don’t recall if Great Wall had something other than the fried wontons for their appetizers, (my photo from the time shows a darker sauce along with the sweet and sour, so probably) but this time I got a fried pot sticker in addition to them. It was damn good. Much better than the boring fried spring roll at my favorite place, Sizzle in Rocklin. I devoured the appetizers quickly. The egg flour soup I wasn’t really feeling, but that’s the case at most places to be honest. Sizzle’s is pretty good and is the only one I really enjoy, even if it’s a bit bland by it’s nature. The bowl itself was very good. Either I went with a different mix of sauces than my previous Great Wall visits or they have changed them a bit because the flavor seemed more intense than before. The bowl was cooked well and I was pleased to see that most of my additional sauce was left intact at the bottom of the bowl. Depending on where you go, some places will cut it with a bit of water while cooking, which is why I use so much sauce.

Overall I was very pleased with GK Mongolian BBQ. I feel like they have improved slightly on what I already felt was Roseville’s best Mongolian spot. Granted, I went first thing at lunch and the place was very quiet, but the service was top notch and I had a refill moments after I had finished off the first cup of soda. The price seemed to be about the same, my bill came to just about $10. After a quick chat I learned that GK had purchased Great Wall sometime in late January, so it’s pretty new. I’m glad that, unlike China Run’s change of ownership, the quality has not declined and I can continue to recommend it.