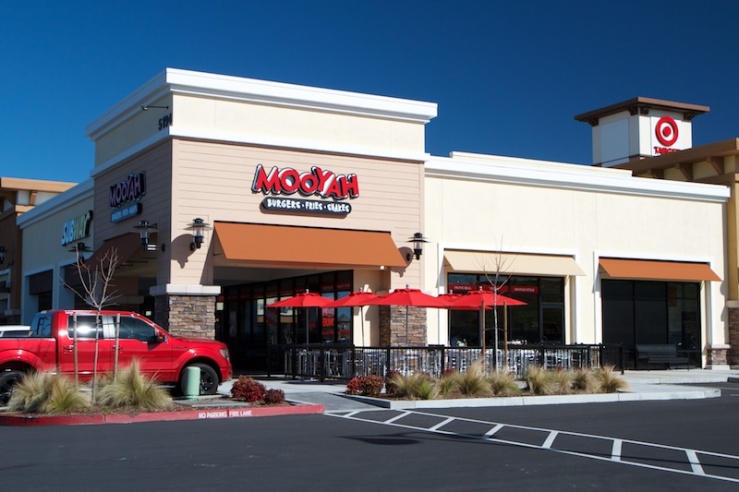 I was craving a burger today and nearly went to Five Guys until I remembered right before I left that Mooyah had just opened up.  This burger joint is fairly large, so I’ll keep this brief as I try not to do big chains.  Since this is pretty new to the area I figured something in-between my normal post and photo-only would be OK. 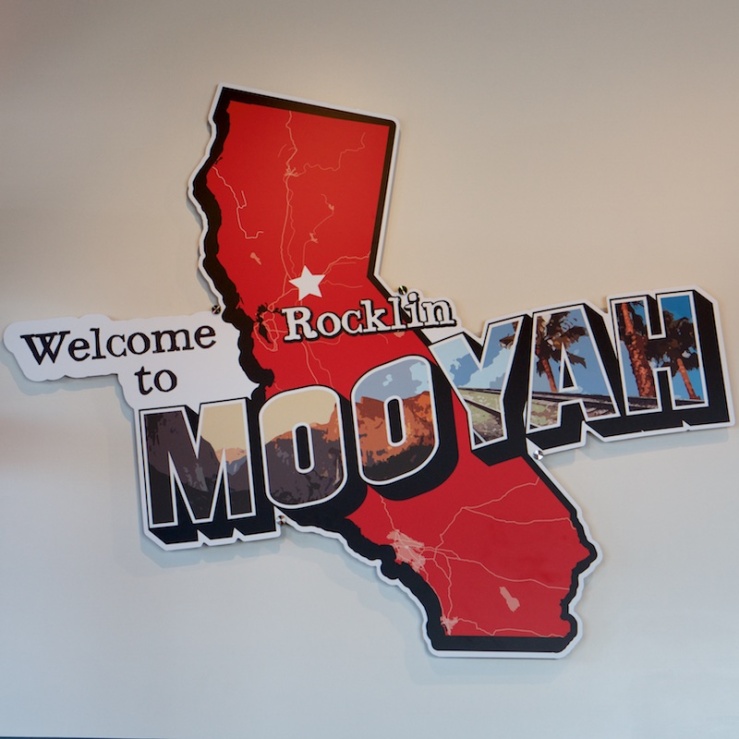 They opened up maybe a week or two ago in the same shopping center where Studio Movie Grill is located, at 80 & Sierra College in Rocklin.  The vibe is very similar to Five Guys with a slightly nicer feel to it.  Also like Five Guys they put their potatoes on display.  Actually more so as you could walk up to the boxes up front and grab one.  I wonder what they would say if you did. 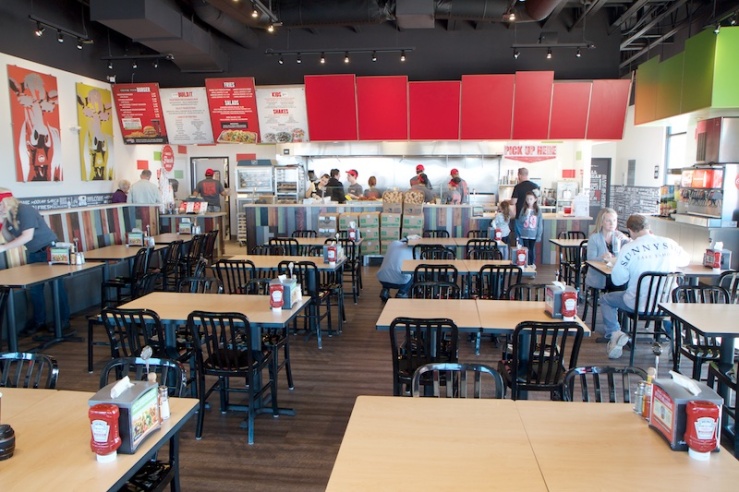 I ordered a double burger with cheddar cheese, bacon, avocados and Mooyah sauce.  Added fries and soda to make a combo.  Thy had just opened so the turnaround was pretty quick, maybe 4 minutes tops. 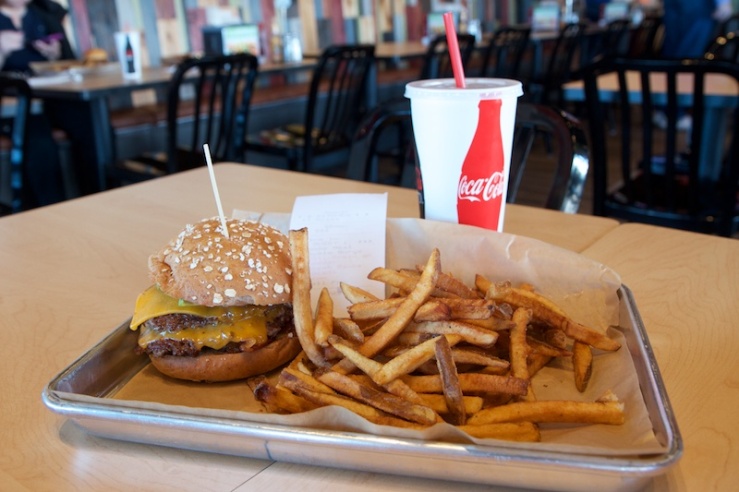 The fries reminded me a lot of Five Guys fries, but much better because they weren’t soggy and grease-soaked.  They weren’t crispy, but they were definitely cooked much more than Five Guys’. 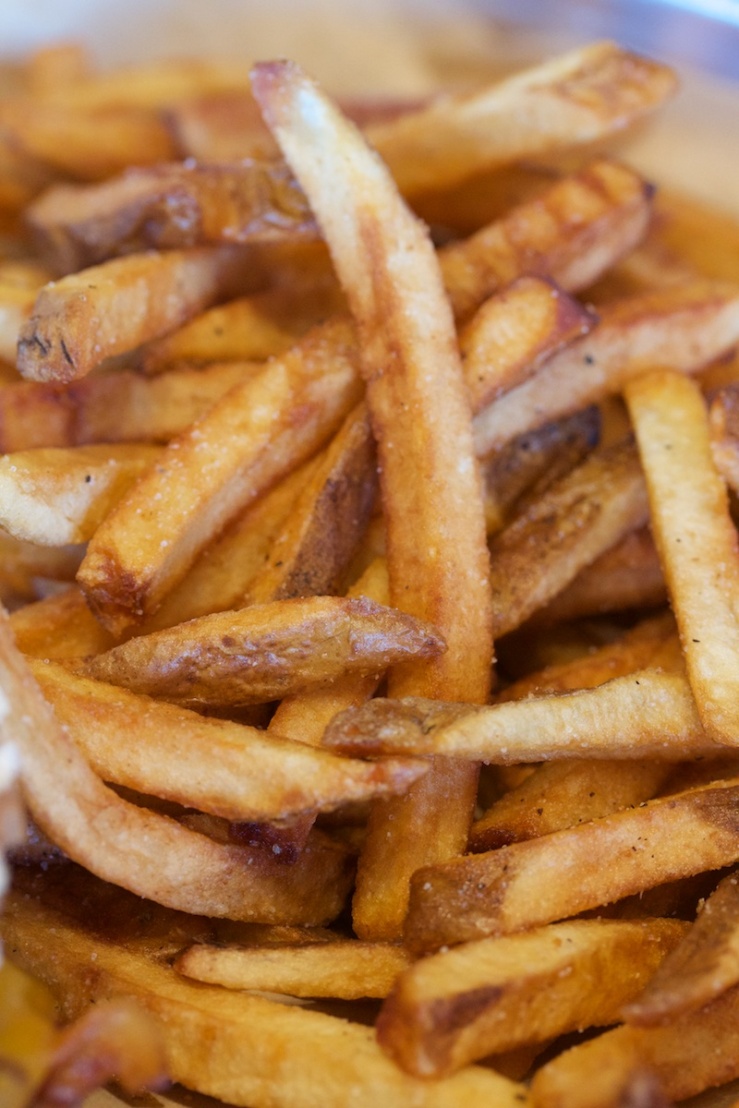 The burger itself was pretty good.  I think they Mooyah sauce was some sort of thousand island type.  It was a bit tangy, so that made it different.  The cheese, avocado and bacon were all good although the cheese was not as melted as I’d like.  Different, I’d say, than most burgers with these toppings was that the juicy beef was still very much was center stage in terms of flavor, and it was quite good.  Overall it was very enjoyable.  Next time I’ll try a shake. 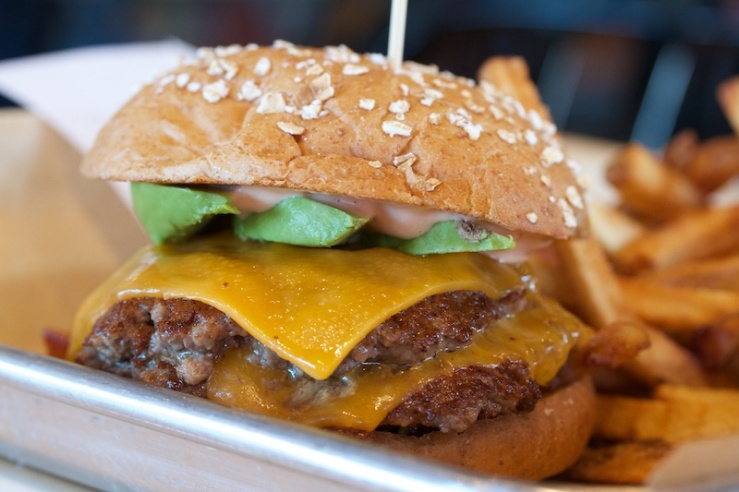 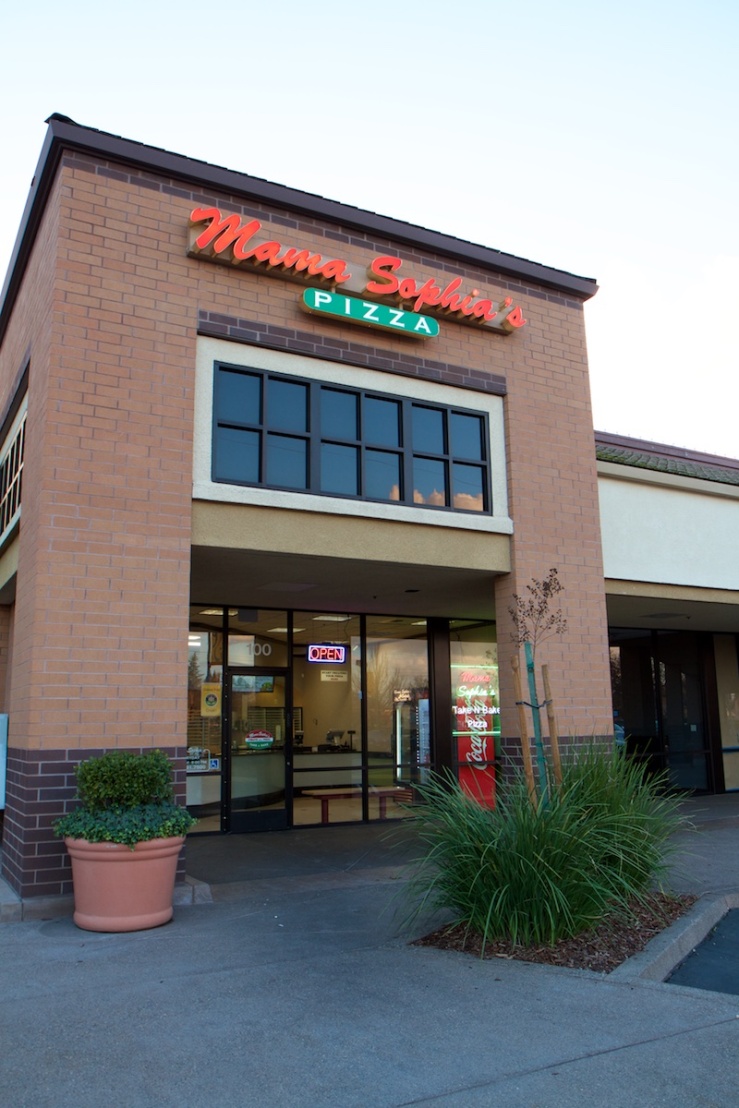 Last night for dinner I went out to a new take’n’bake pizza place out on the extreme south-eastern side of Roseville.  Mama Sophia’s took the place of what was for a long time a Papa Murphy’s at Sierra College and E Roseville Pkwy.  That Papa Murphy’s moved over to Douglas in the Target shopping center some months ago.  This local business apparently started over on Elkhorn a while back.  That spot is under new management with a grand reopening in a couple weeks.  Their website only lists this Roseville location now, so I don’t know if they’ve moved or if they’re expanding and the website is just not showing both.

I arrived at about 5:30 and walked into a very quiet store.  Hearing the door, the one and only employee I saw during my visit came out from the back and greeted me up at the register.  I ordered my large pizza [$12], a half Mama’s Supreme (Mama’s sauce, mozzarella cheese, pepperoni, sausage, bacon, olives, tomatoes, onion melody, bell peppers and mushrooms) and half Garlic Chicken Ranch (Ranch sauce, mozzarella cheese, grilled chicken, fresh sliced garlic, tomatoes and red onions). 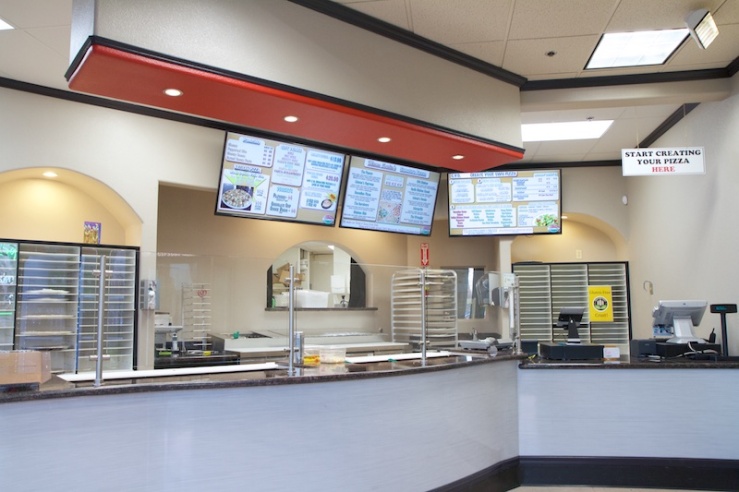 An interesting thing to note here, as I struggled to accurately list my toppings above, the menu they have displayed on the big LCDs compared with the paper menu I was given (with baking instructions on the other side) and the menu on their website do not match each other exactly.  For instance, the in-store menu only lists mozzarella and the other two call it a “house blend of cheese.”  There was obviously some cheddar sprinkled on top when I got my pie.  The paper menu says that the garlic chicken ranch should have pineapple while the in-store one doesn’t.  I would have been surprised and annoyed if it actually did have pineapple, but they mostly seemed to follow the menu I saw in the store.  Anyway, it’s something I would take note of and confirm any toppings if you are calling in an order. 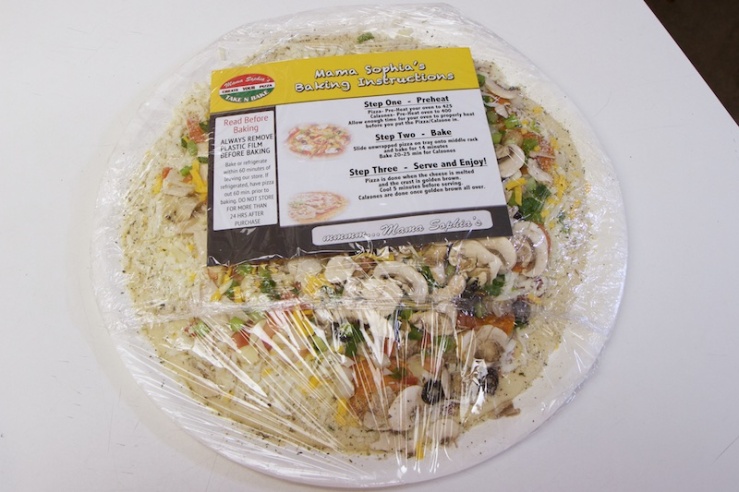 Up at the register I was told that they were out of red onions that night, so I told him to just throw some extra green onions on in their place.  We had to move down to the opposite end of the store to use a register there to pay for some reason.  Once that was done I took a seat on the one bench in the place and waited for about 5-6 minutes until he had finished and wrapped up my pizza. 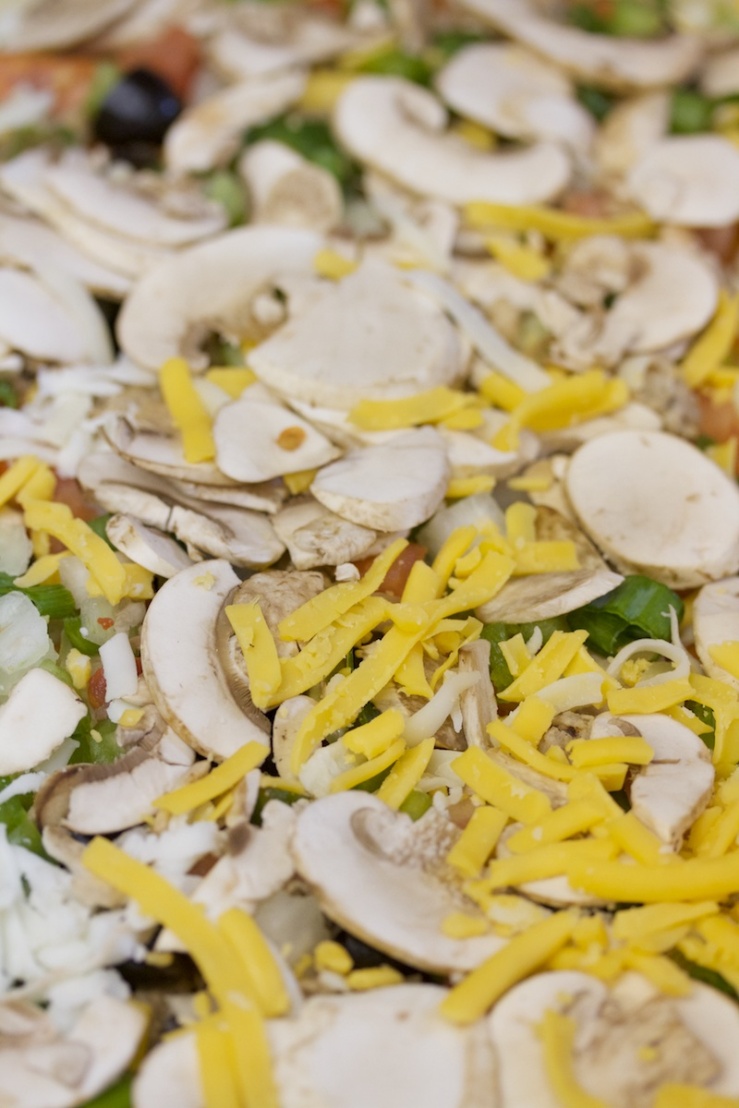 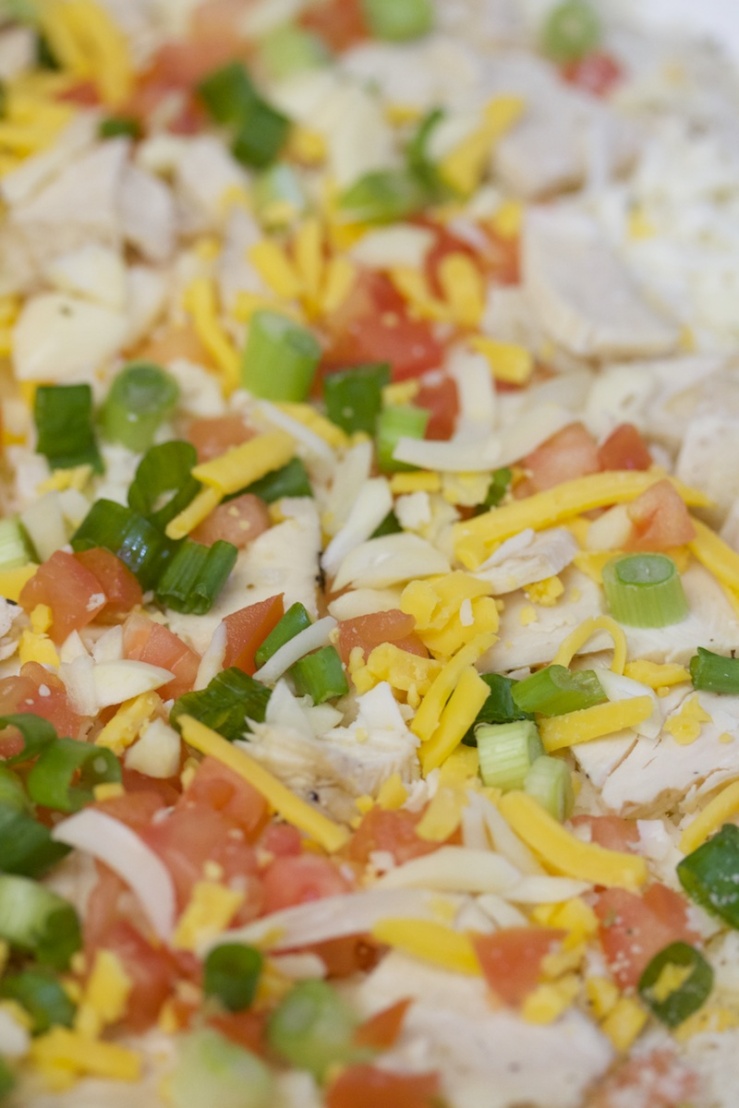 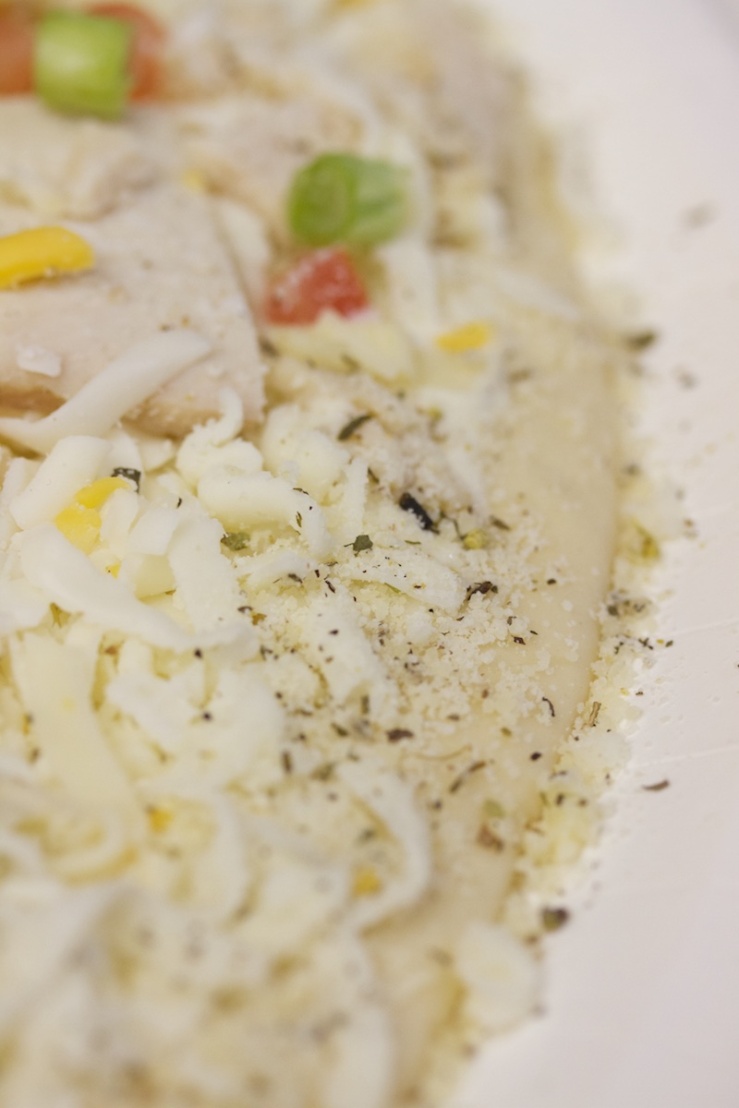 I headed home and popped it in the 425º oven as soon as it was warmed up.  15 minutes later it looked and smelled great.  I let it stand for a few minutes before cutting it up.  They apparently have three basic types of crust – original, pan and thin (they also have a stuffed crust and a gluten free crust).  I hadn’t noticed or asked and it wasn’t brought up at all when I ordered, so I am assuming this is original.  It was right in-between a thin and a big honkin’ filling pan crust.  The bottom had become perfectly golden and crisp and held the weight of a slice on it’s own just fine.  They were pretty heavy slices too. 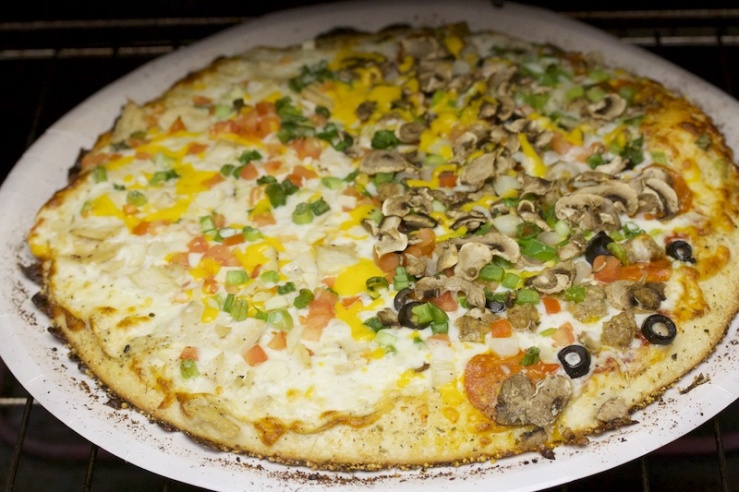 I first had a garlic chicken ranch slice.  The sauce was very mild and definitely creamy.  I found there to be quite a lot of cheese in which all but the lightest of toppings kind of sank into and were anchored into place as it cooled.  It was pretty decent overall.  The chicken was moist and was in a good quantity of big chunks.  I could taste the garlic but never saw any slices of it. 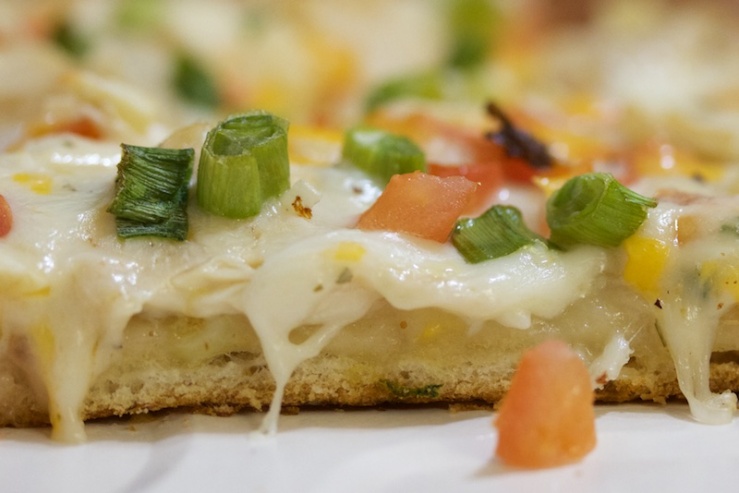 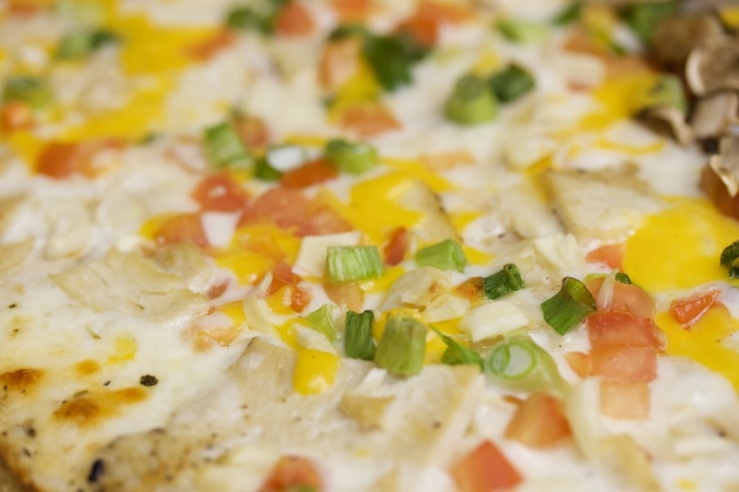 The supreme side was good.  Specifically it was just a little more bold and complex in it’s flavors.  The red sauce was perhaps a bit uneven from bite to bite.  It was more of a spicy than tomato flavored sauce, but not too spicy.  The sausage and pepperoni were both delicious.  Bacon was absent.  Not sure if he forgot it or if this was another menu issue, though all three menus list bacon so I’m leaning towards a mistake.  All the produce was good and fresh.  There were a ton of mushrooms. 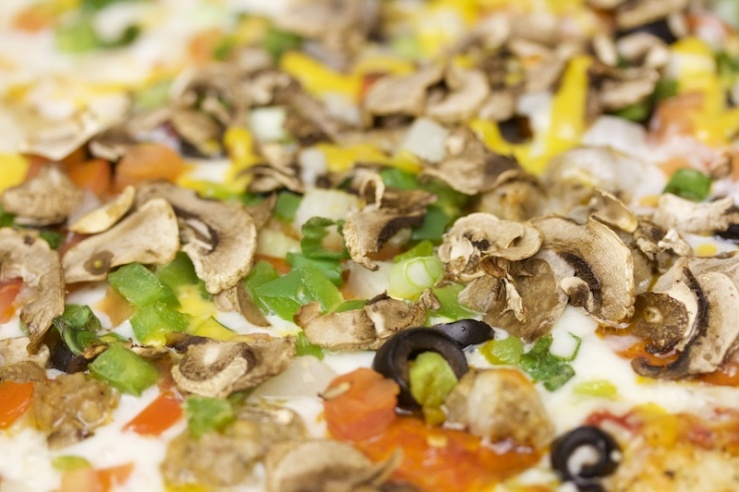 I really enjoyed the crust, which is saying something because I usually only care for really thin crust.  There was a bit of seasoning sprinkled around the edges, which added a little extra bit of flavor as I crunched away at them towards the end. 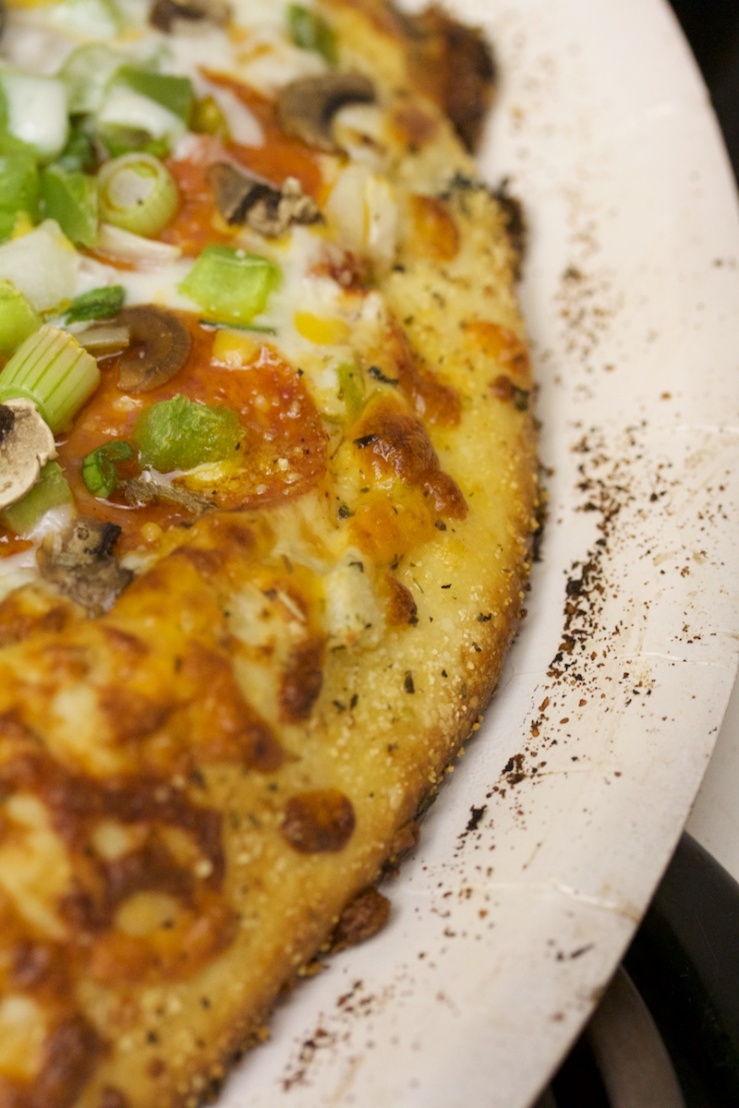 Overall I’d say it was good.  The price is very reasonable.  For $12 I got 3 meals out of a large.  Also as a nice surprise, either the tax was included upfront or, because it’s not being baked in the store, it’s not taxable.  I have no idea which is correct but it’s refreshing to be charged exactly what is on the menu and to deal with a nice round number.