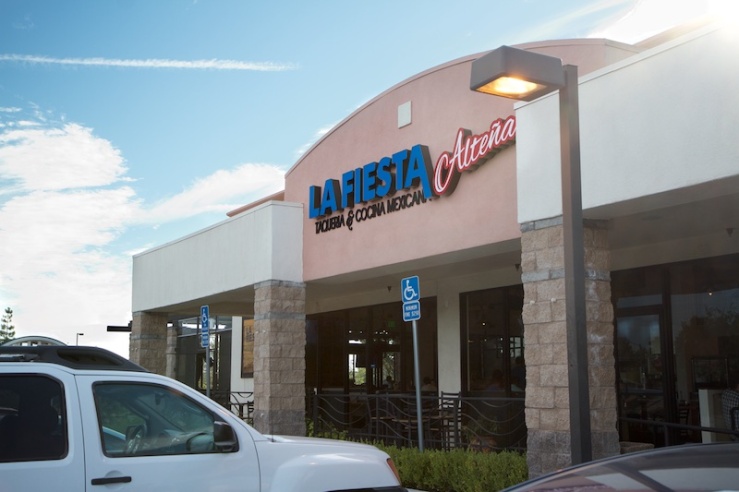 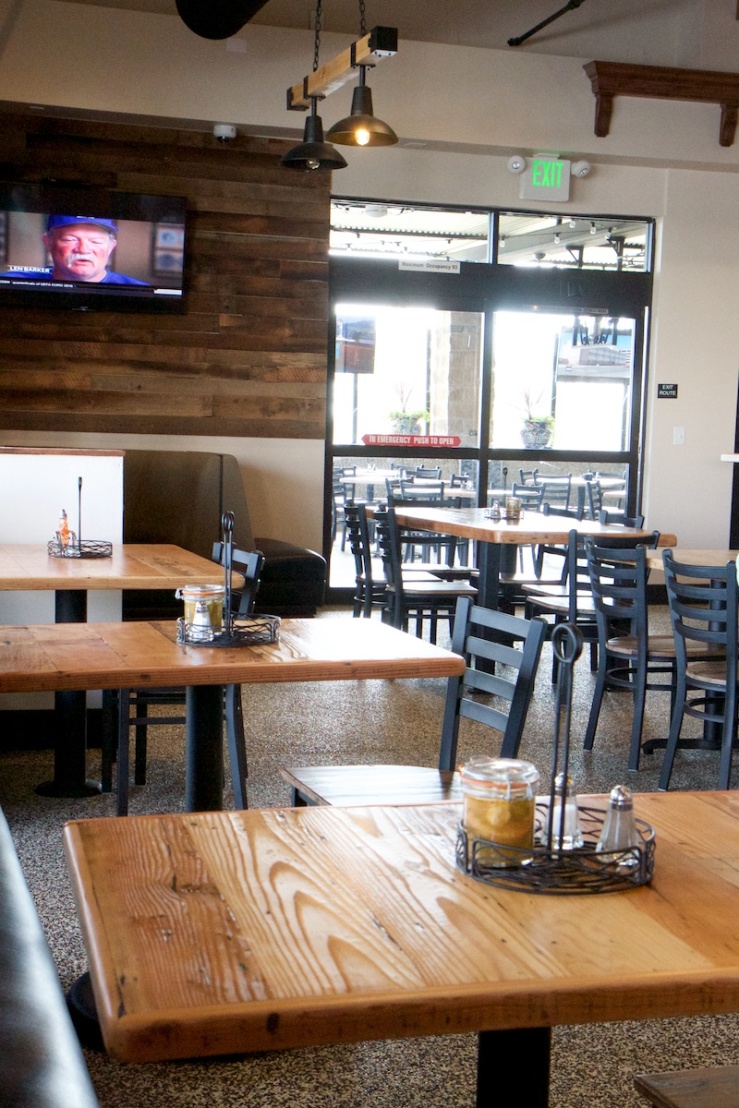 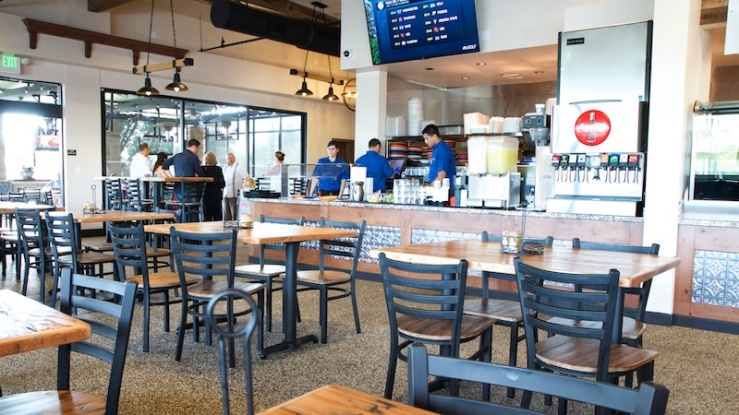 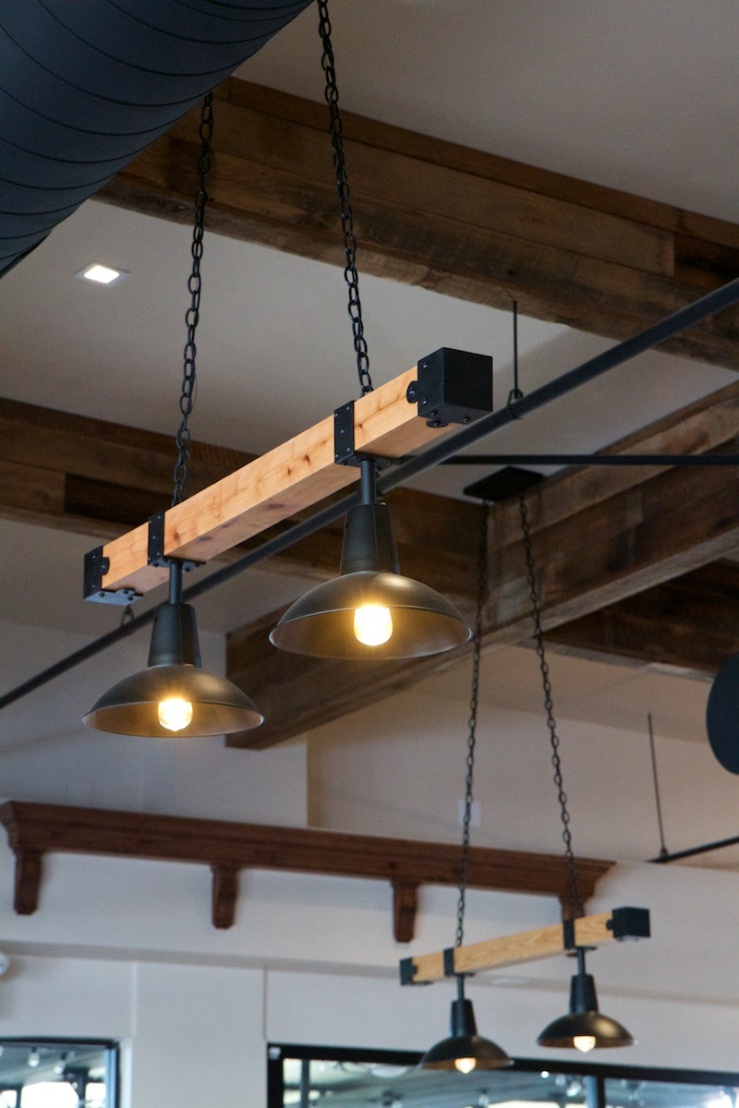 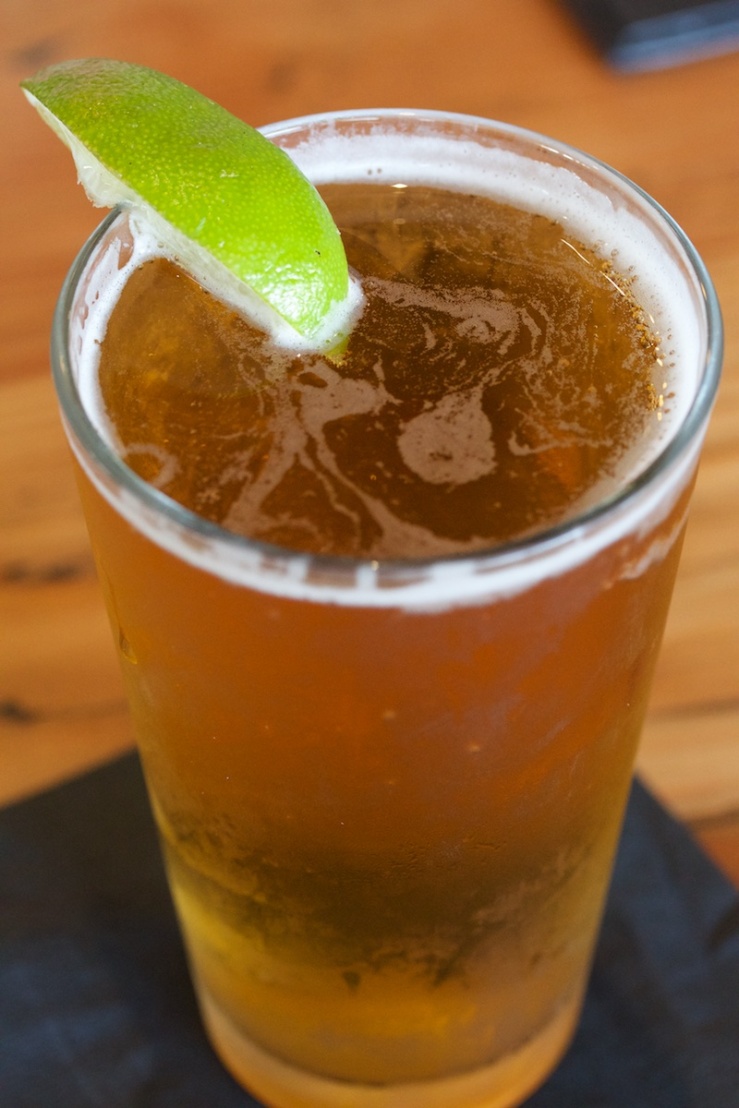 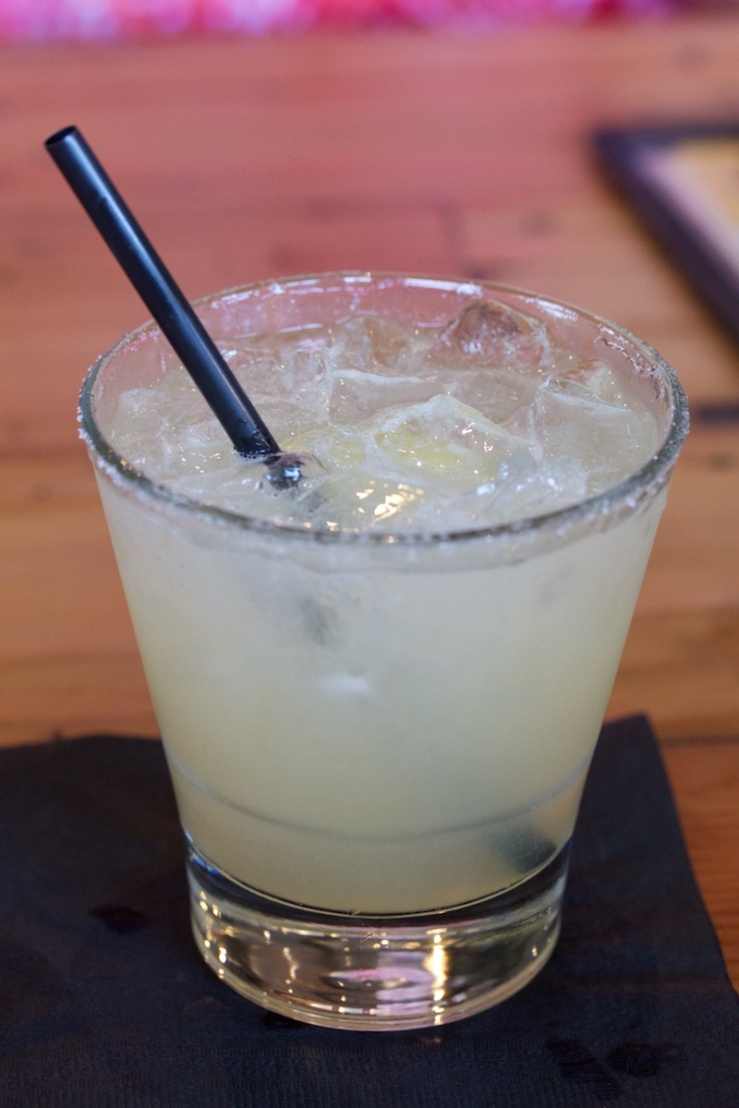 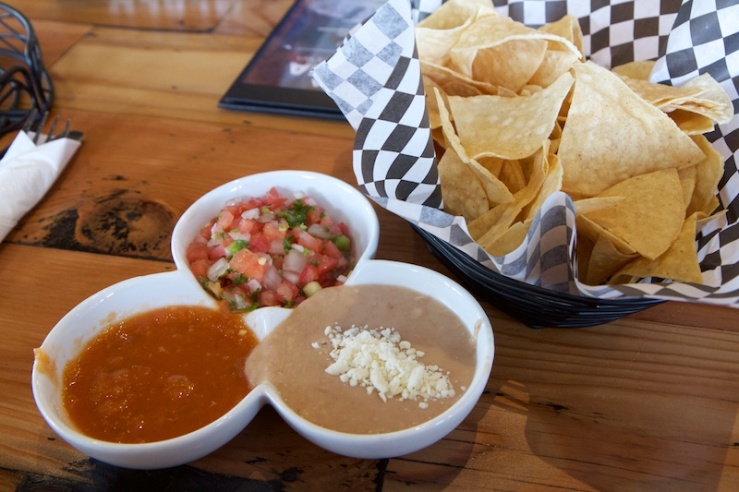 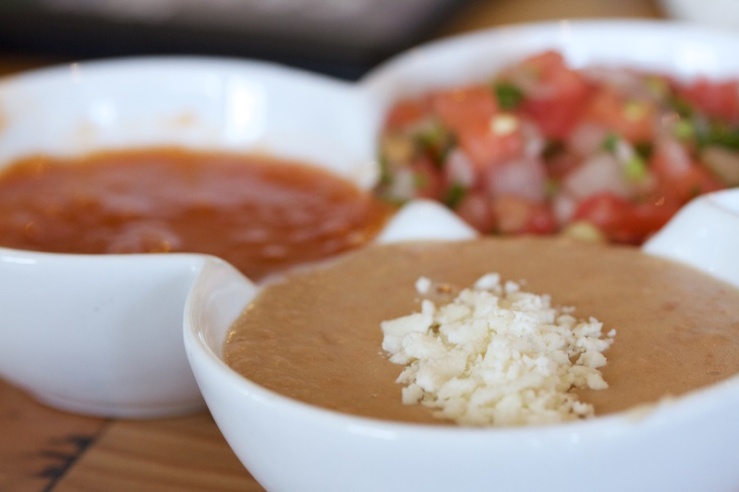 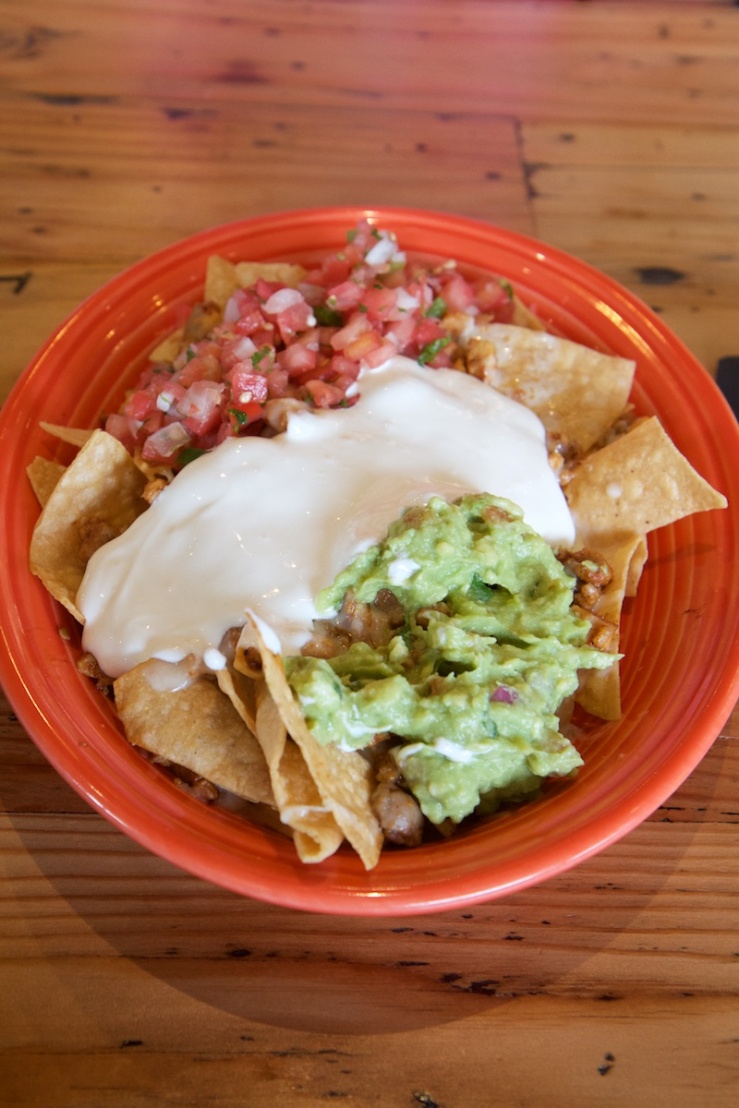 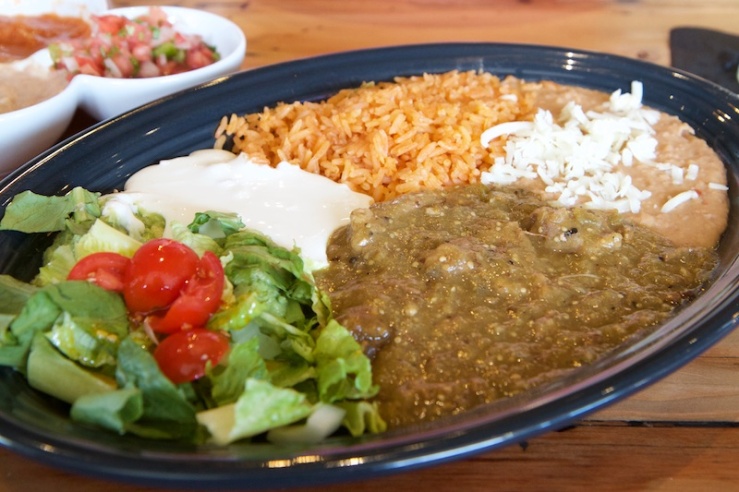 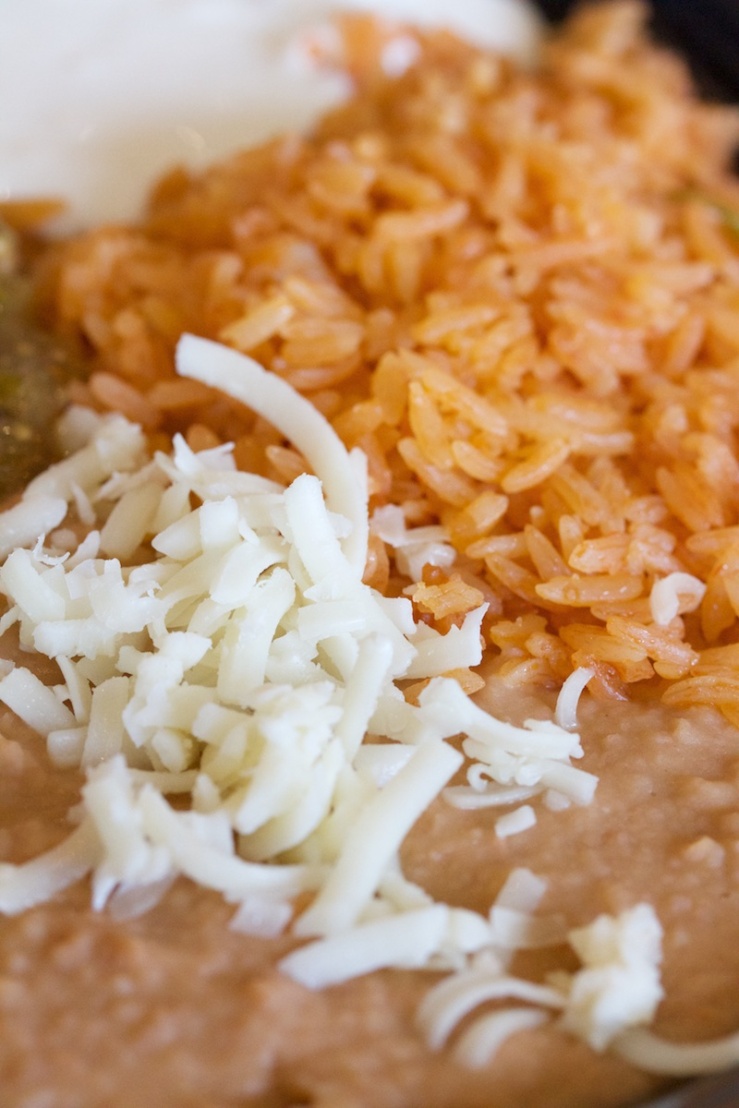 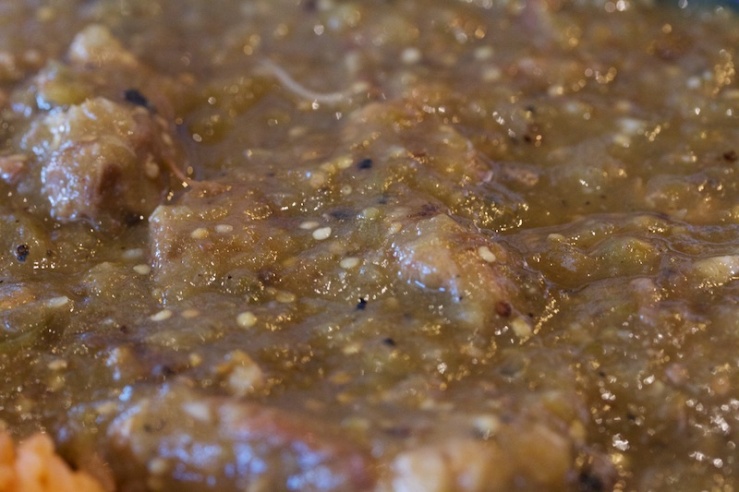 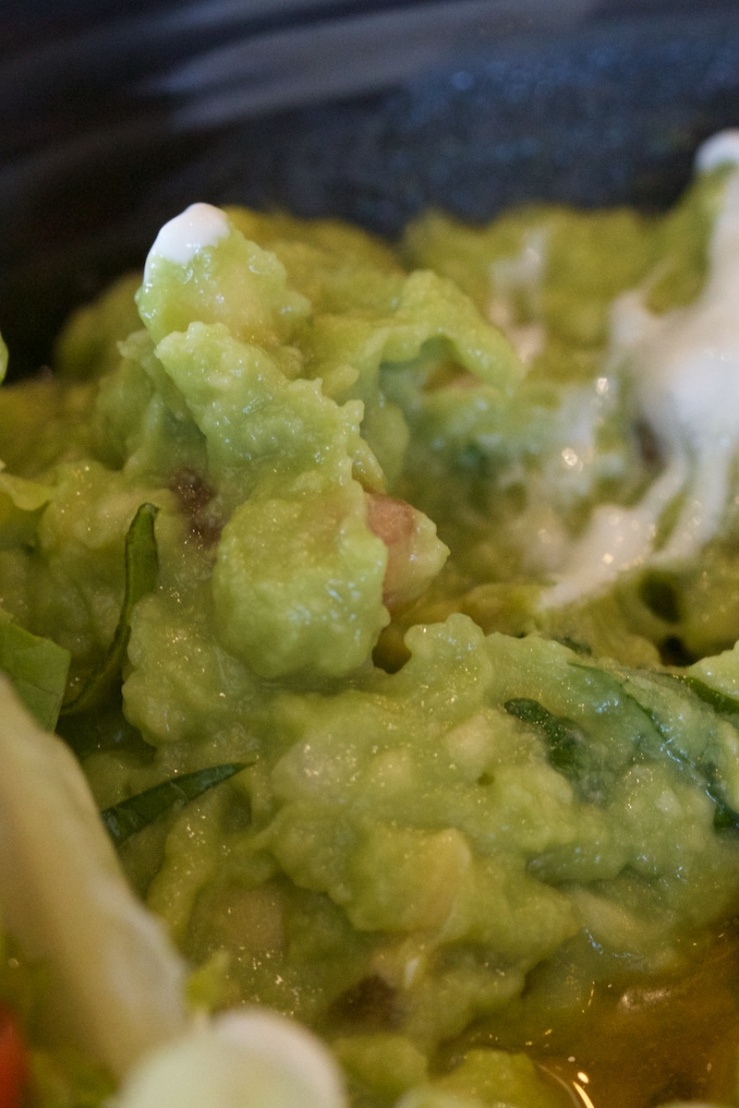 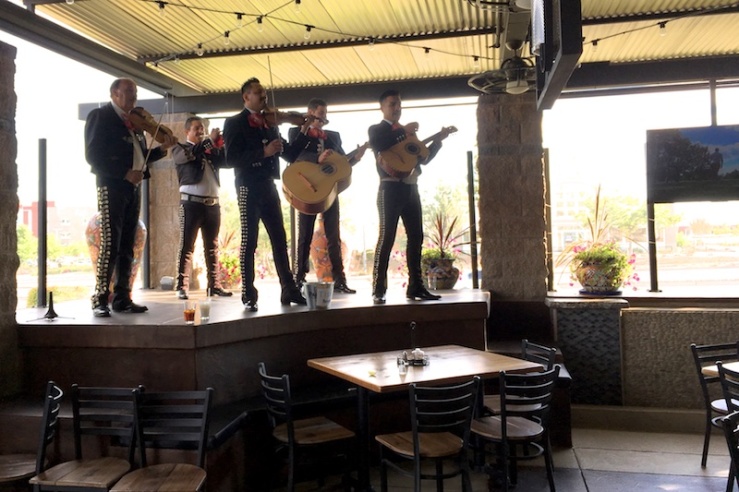 Yesterday I had a late lunch at DT Noodle, a fairly new Vietnamese Restaurant next to California Family Fitness on Foothills at Junction.  They were in Lincoln originally and recently moved to Roseville. 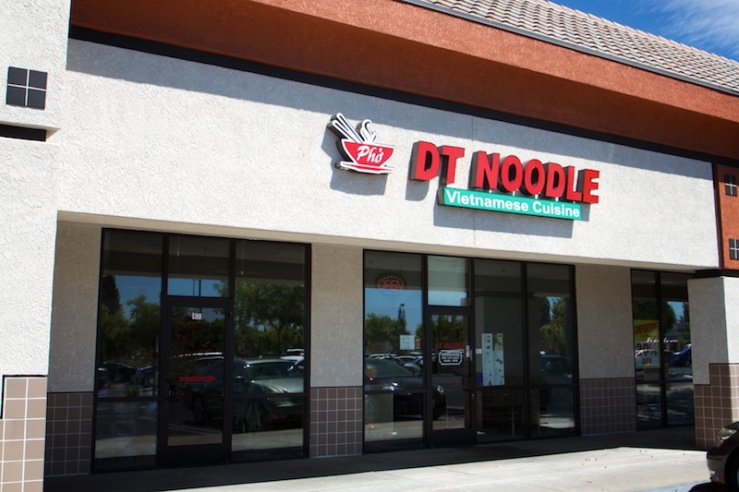 I stepped in at about 2:30PM and was the only customer in the large space, aside from a postal worker on his break.  They utilized the large windows for tons of natural light.  The place seemed very clean and there was lots of room for customers without being packed together tightly.  I was greeted immediately upon entering and was gestured to one of the tables along the wall. 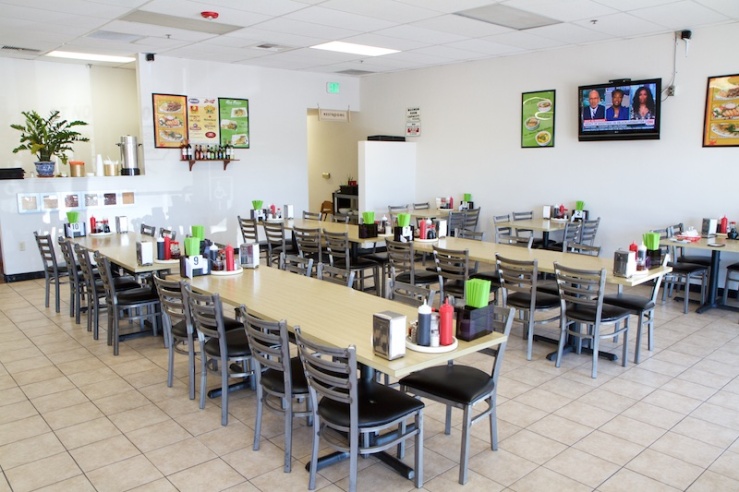 I took a few minutes to skim the menu (link to scanned version), although I knew I would be getting the #13 Banh Mi (grilled beef sandwich) on recommendation from commenter Joell.  The prices seemed pretty low, just $5.75 for the sandwich, so I decided to add on an appetizer of shrimp and pork spring rolls to my order $4.95.  Had I taken a little more time to look at the beverages I probably would have seen that they had Thai tea, but instead I got a boring diet Coke :(.  One odd thing I noticed during my lunch was that there was christmas music playing. 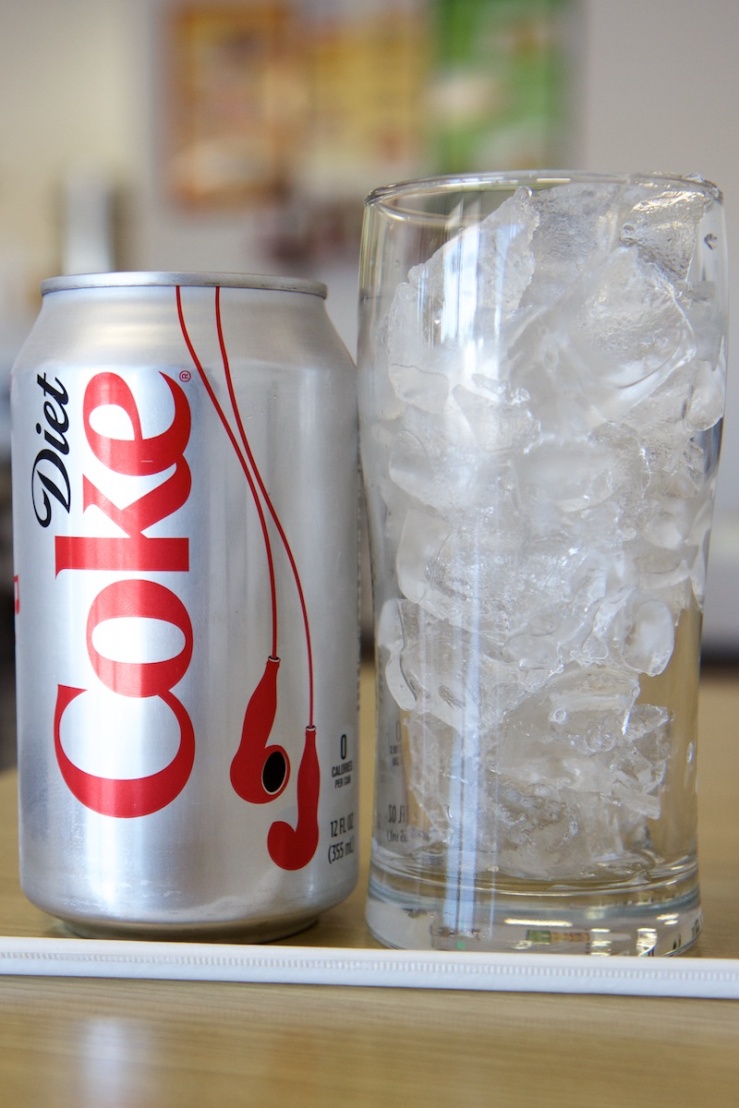 The soda was brought out within a minute in a can with a glass of ice.  The can looked spotless and it was plenty cold so I drank out of that. 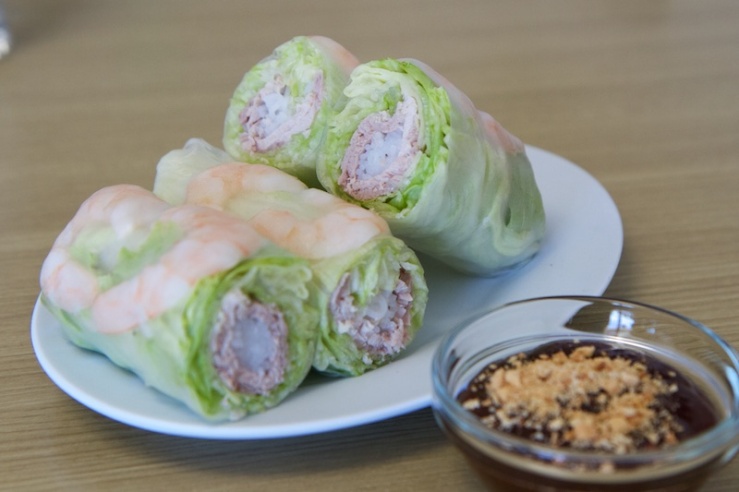 Three minutes later my spring rolls arrived.  I wonder if they have these made up in batches because that seemed fast.  They were excellent.  They were wrapped up tightly with a good amount of pork and each with a couple shrimp.  The lettuce was crisp and the peanut sauce was fantastic, especially served warm. 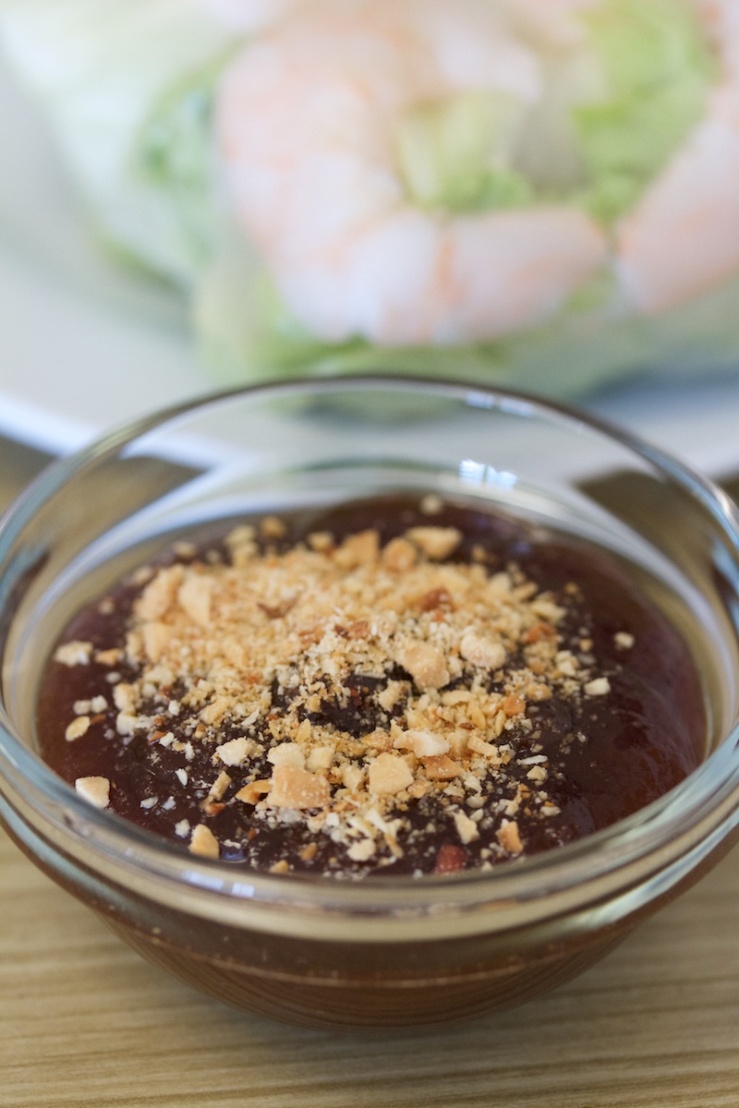 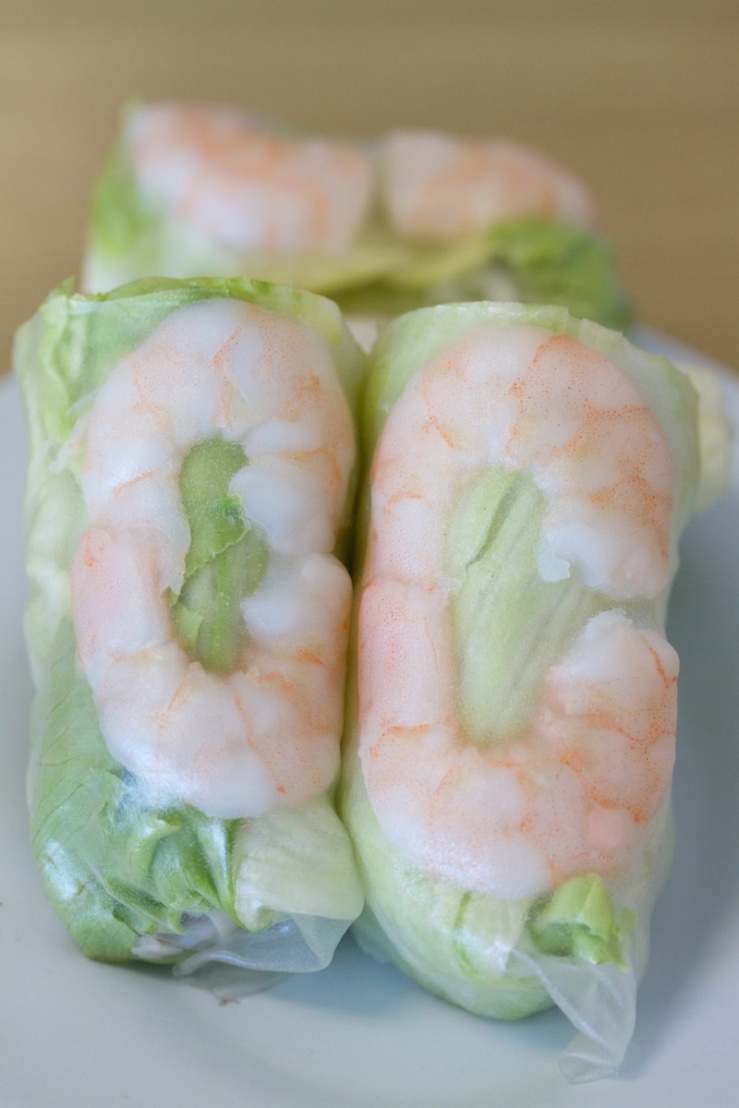 Five minutes after the rolls came my banh mi.  It was a decent sized sandwich, probably a 6-8″ baguette cut in half.  It had a somewhat thin layer of the grilled, seasoned beef and stuffed with pickled carrots, daikon, cucumber and topped with fresh cilantro.  There were also some thinly sliced jalapeños hidden within that kicked things up a notch. 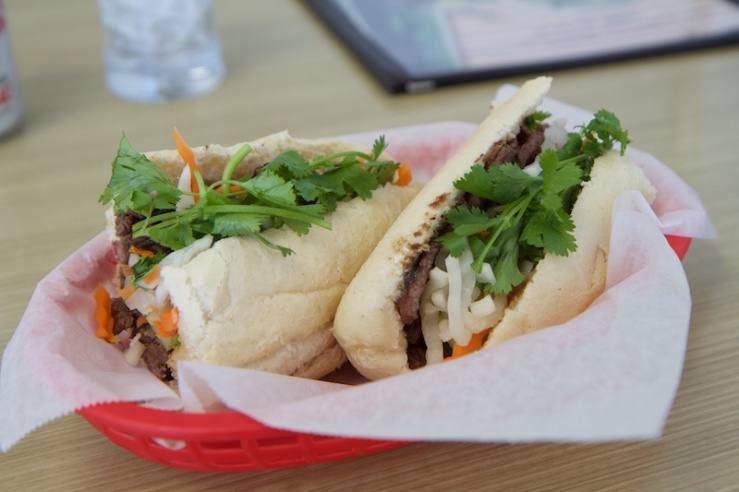 The bread was soft with a thin, crunchy crust.  I generally enjoyed this sandwich with a couple things to note.  The beef was a bit overpowered by the picked carrots and jalapeños.  I think doubling the meat would be a simple solution here, and I would gladly pay for that since the price is already pretty low.  The 2nd thing was that it seemed like a fairly dry sandwich.  I’m not sure if that is normal or not, or if I should be utilizing some of the condiments on the table.  I remember the first banh mi sandwich I had and it was incredible, but that’s probably an exception because it was from a food truck and I’m sure they punched it up with some craziness. 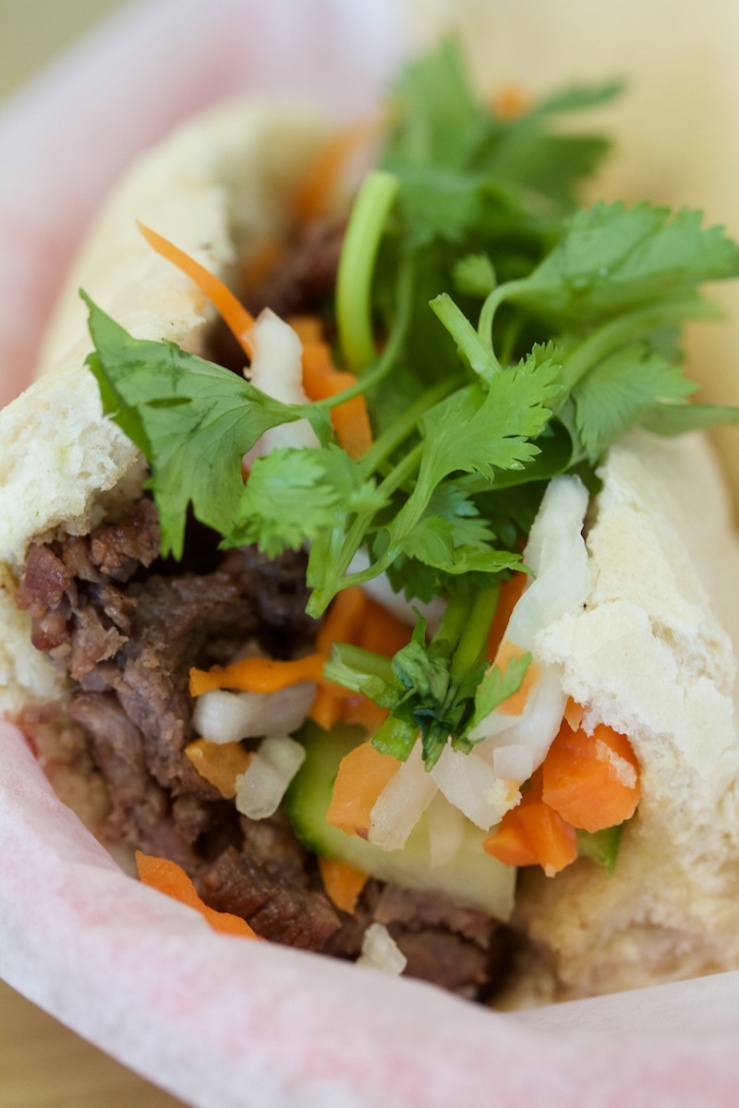 The service was polite and attentive, despite not much being needed for my simple lunch. I suspect I will return to try their pho.