I’ve probably mentioned a few times that my favorite Mexican joint is just across the street outside of Roseville.  Today I decided to finally bring it to the blog.  This is El Sombrero Taqueria & Cantina.  It is located at the corner of Douglas and Sierra College in the Walmart Neighborhood Market center.  I remember a long time ago this was a Tugboat Fish & Chips.  El Sombrero has been here for a number of years now and sometime in the last year even expanded into the unit to the left, adding the cantina potion (you can even see that the cantina lettering on their sign looks newer than the rest).

Inside you approach the counter and have two large sections of menu board to look over.  There’s a ton to choose from.  I always get the same thing though, the carnitas plate with guacamole & sour cream on the side.  This is about $13, and the sides probably a few bucks.  I also added a horchata to drink (either 2.75 or 3.55, I’m not too familiar with the sizing but I think I ended up with the large after asking for medium).  This is not exactly an inexpensive taqueria to eat at, especially for what I like to order, but I feel it’s worth the premium.  I paid and was given a number to put on my table.  Then I waited a moment while she stirred up their house-made horchata and poured it over ice into my cup.

I claimed a table in the relatively quiet dining room.  Most people must have been at home watching football.  There are a few big screen TVs here and at least one, on the side of the restaurant I was on, was playing the Carolina/Seattle game.  I grabbed some chips and salsa from the salsa bar and snacked on that for the 7 or so minutes my order took.  The chips here are fairly standard, but they keep them warm which helps.  My horchata, which I don’t order here that often, was spiced generously with cinnamon. 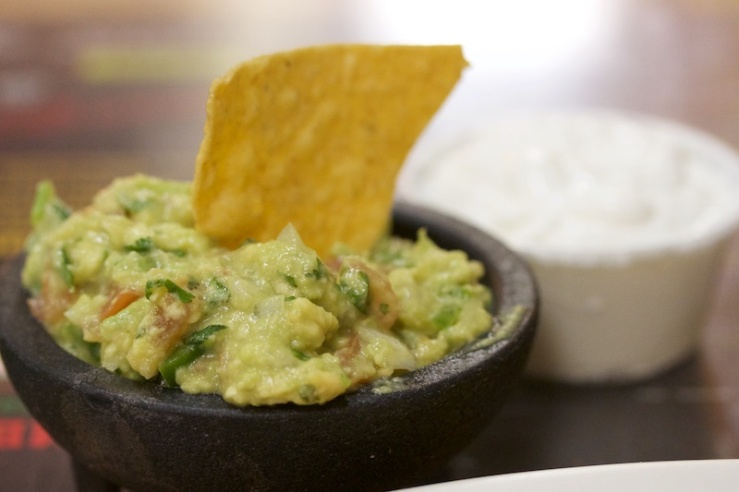 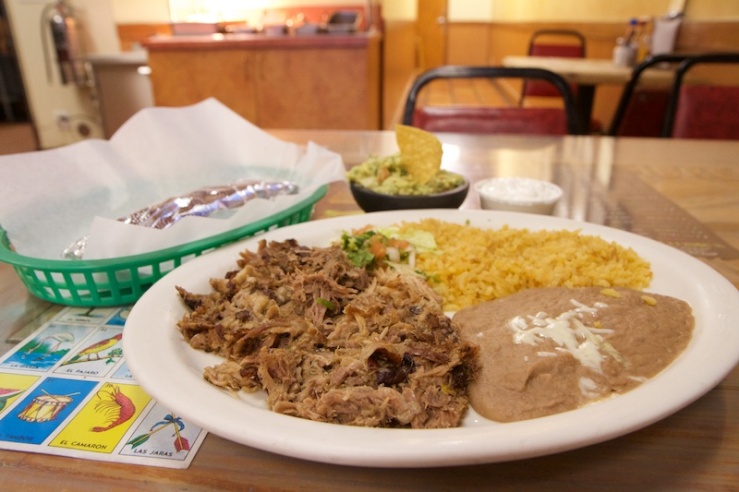 Out came a big bowl of guacamole and a massive amount of sour cream with the rolled up corn tortillas.  The guacamole is no joke here.  It is fresh, chunky and delicious.  Following shortly behind was my main plate.  Divided neatly was the tender pork, refried beans, rice and a small bit of pico de gallo and lettuce.  The carnitas here is always a perfect mix of fatty, crispy and leaner pieces.  One thing that sets El Sombrero’s carnitas apart from others is a citrus flavor which I would say is just a touch strong enough to not be able to call subtle.  Many carnitas recipes I have seen call for some kind of citrus flavoring, but I’ve never actually been able to taste it like I can here, and it’s good.  Add the lime from the guacamole and it’s even better. 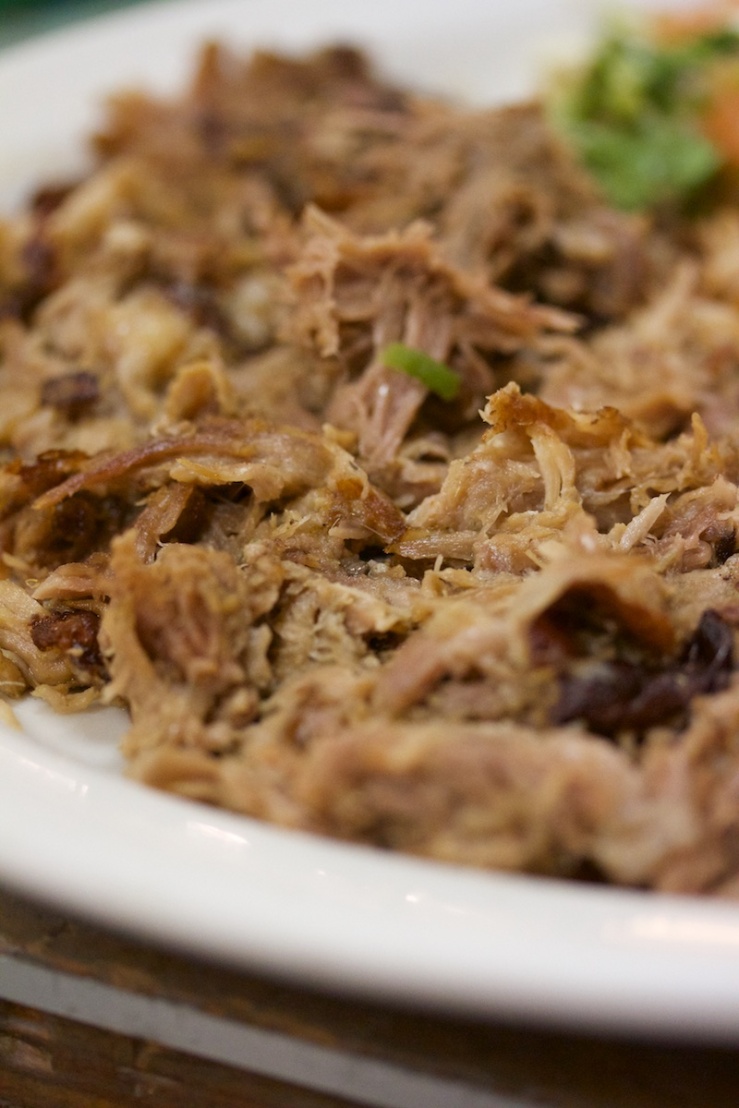 El Sombrero isn’t flashy or modern, at least in the original half anyway, but the service is good and the food is outstanding.  Everyone I’ve brought here or recommended it to has agreed it’s top notch.