I’ve wanted to check out Land Ocean since long before they arrived in Roseville.  This “New American Grill” originated in Folsom with location #1 on E. Bidwell St.  I drove by it many times at lunch but never made it out there for dinner.  Luckily, I waited long enough that they came to me!  Their new Roseville restaurant opened in the Galleria a few weeks ago.  They are located on the other side of the main entrance by Cheesecake Factory.  They have dueling patios now, and let me just say that Land Ocean’s is a lot nicer looking with their fire-topped walls. 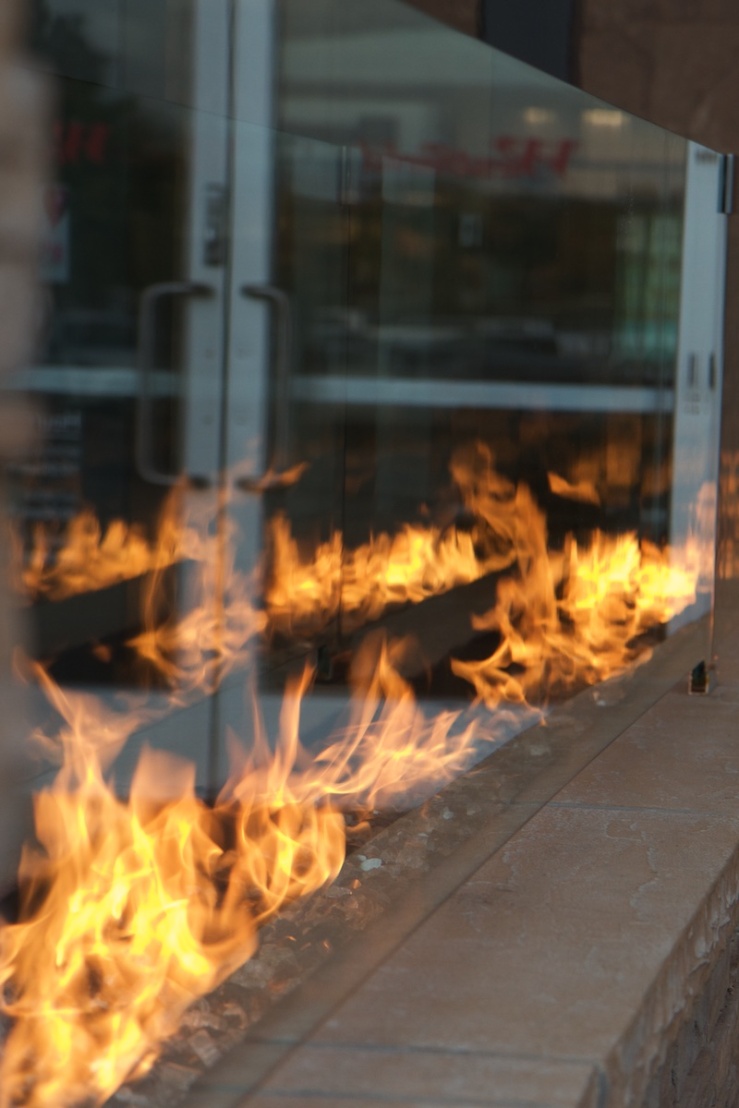 I arrived with several family members for dinner at 5:30PM on Thursday.  The bar was hoppin’, and you could tell easily through the slatted divider between it and the Galleria’s interior.  Right behind the host’s podium was a window into the kitchen where chickens were roasting up by an open flame.

We decided the patio looked really nice so we opted to sit out there.  It ended up being far warmer than I expected next to the flame wall, but our server turned it down a bit to mitigate the heat.  This will be really nice in winter.  They also have numerous propane heaters attached to the pergola overhead so it should be very comfortable even on chilly evenings. 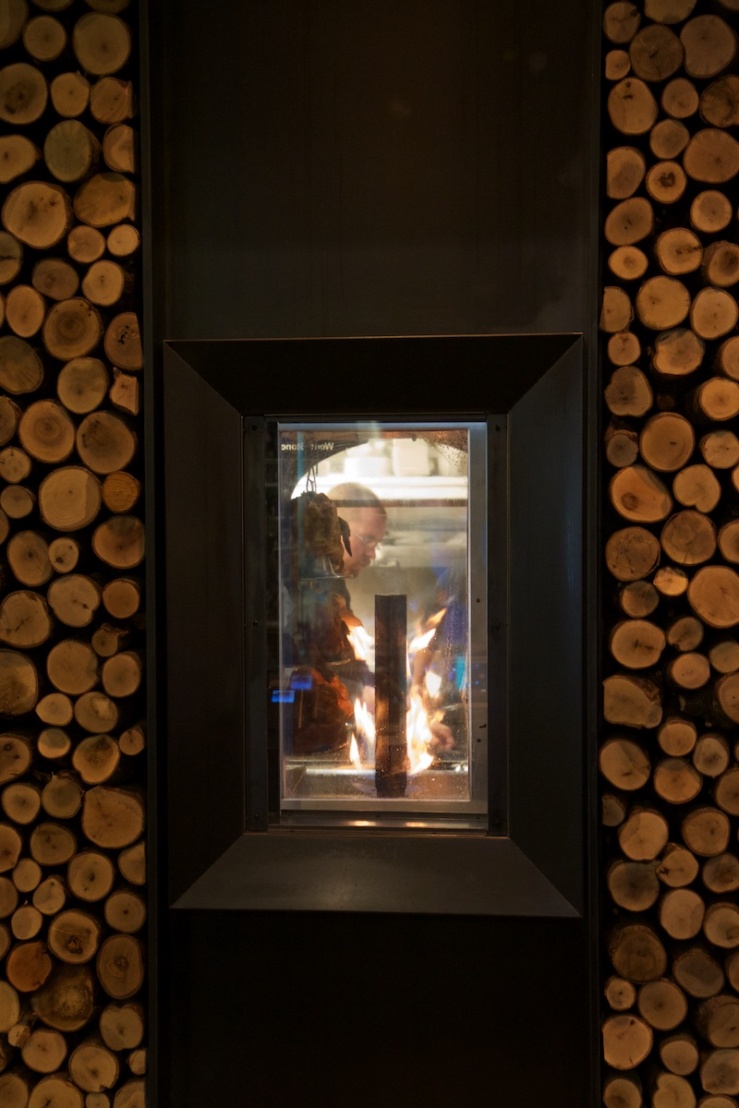 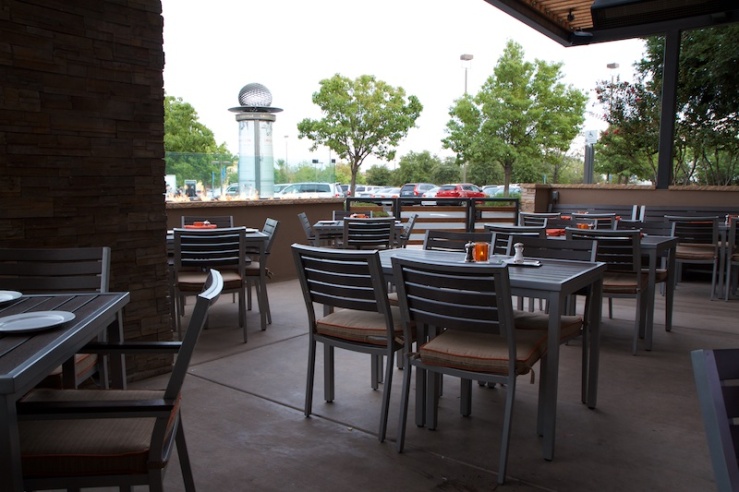 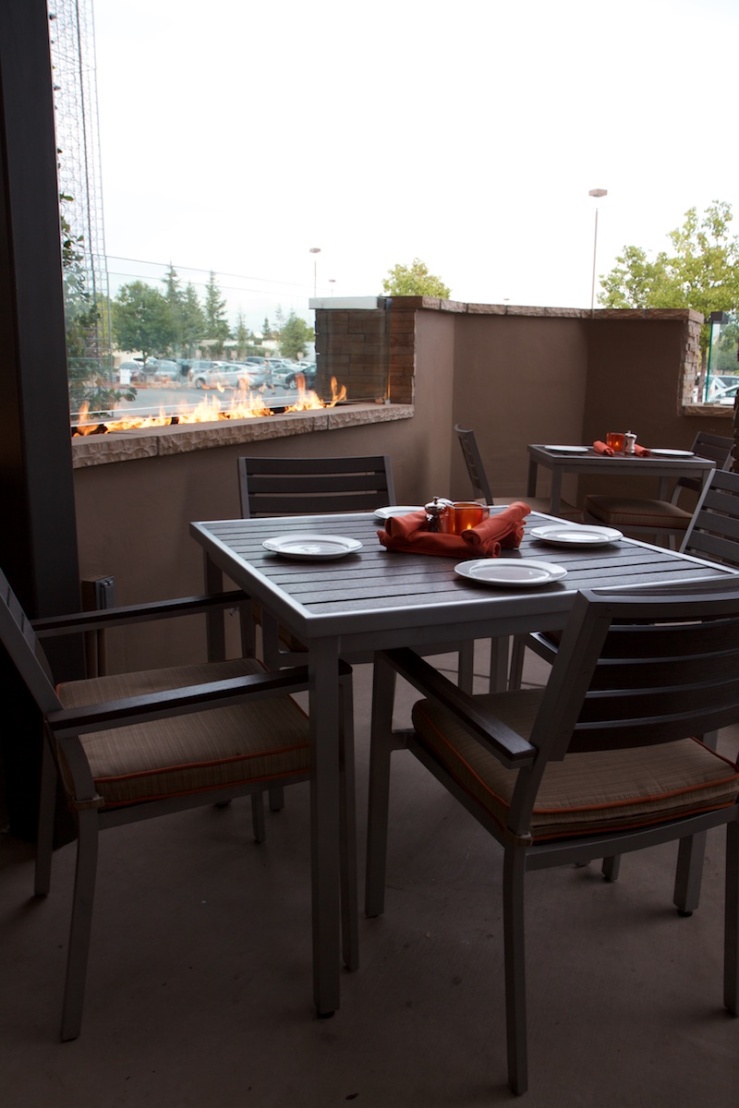 Our server got us started off with drinks as soon as we had settled into our seats.  I had an Alaskan Amber [$7] (the beer selection was a bit mundane but I suppose I can’t compare everything to Final Gravity, Porter’s House of Draft, Boneshaker Public House and Craft Beer Vault) and the rest shared a bottle of Stellina di Notte Pinot Grigio [$28]. 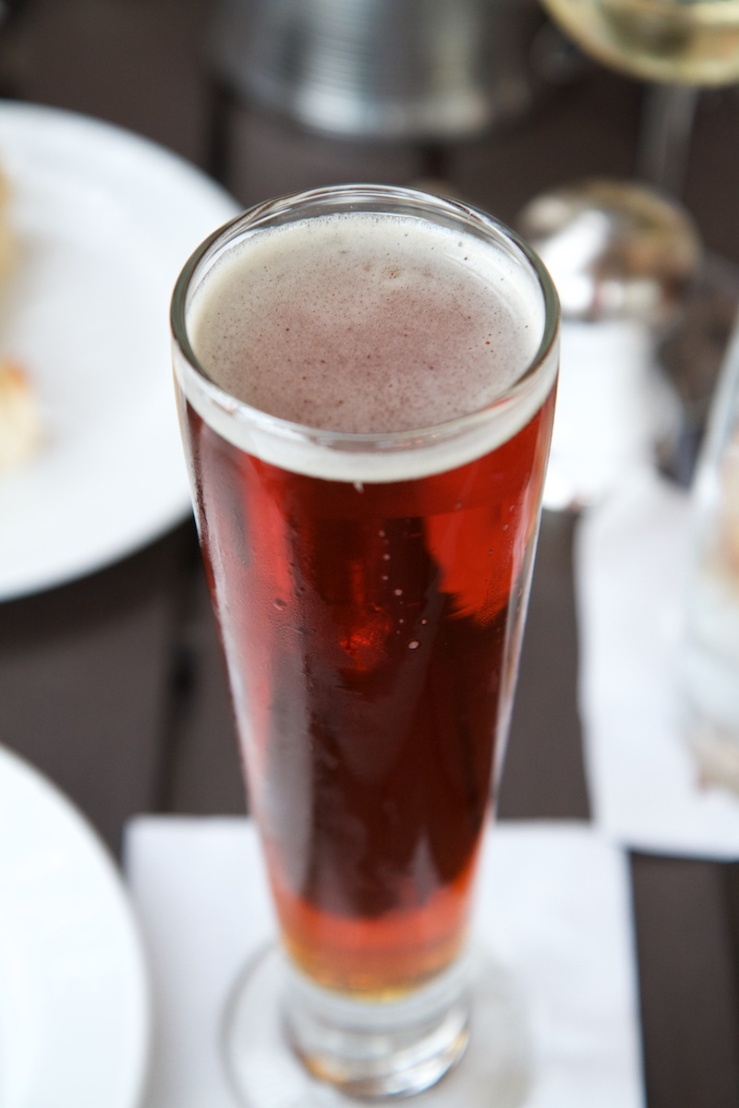 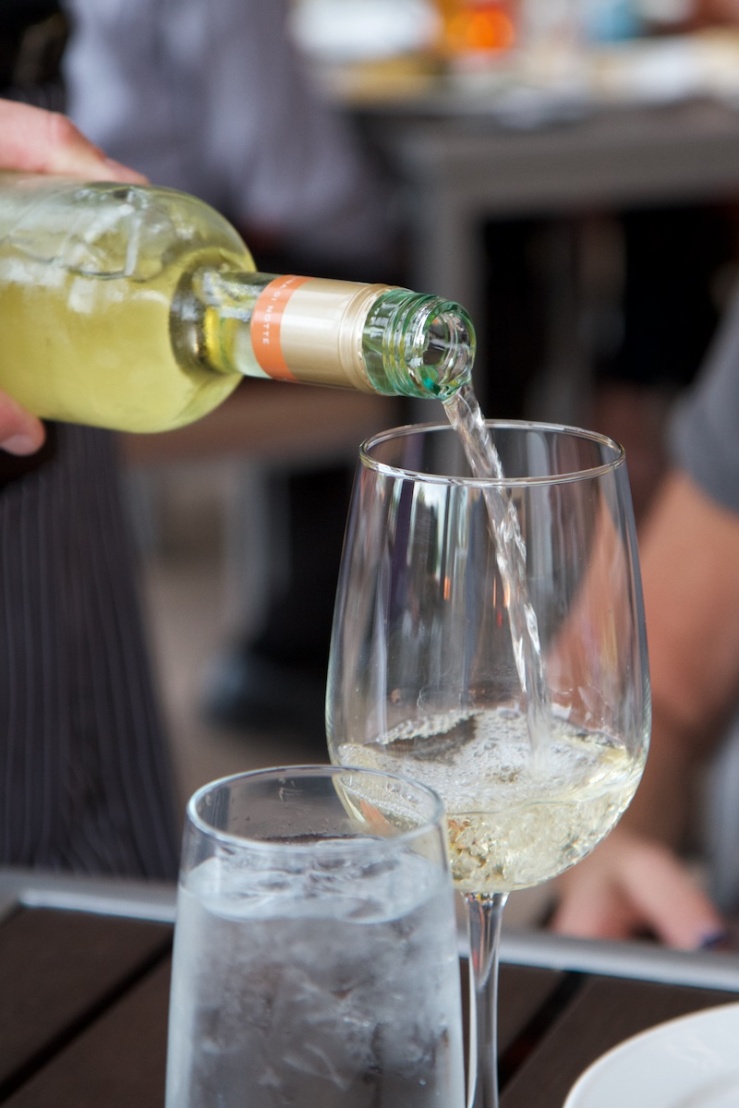 We mulled over the idea of appetizers but instead decided to go straight for dinner. I was starving.  My La Bou soup and salad (check that out on Rancho Salads) from lunch was long gone.  A bit of bread and butter helped ease that hunger.  It was nice and super soft inside with a perfectly crunchy crust and soft butter.  We ordered everything up, and I added a side of Bacon & Jalapeño Mac & Cheese [$6.95], which our server offered to bring out first.  This came pretty quickly and was served on a plank of wood in a little cast iron dish.  Everyone had a bite and it went over very well for the most part.  I think the main weaknesses were lack of significant jalapeños in it and that the cheese was more of a sauce and less gooey/cheesy.  Otherwise it had good flavor and was a nice way to start off dinner. 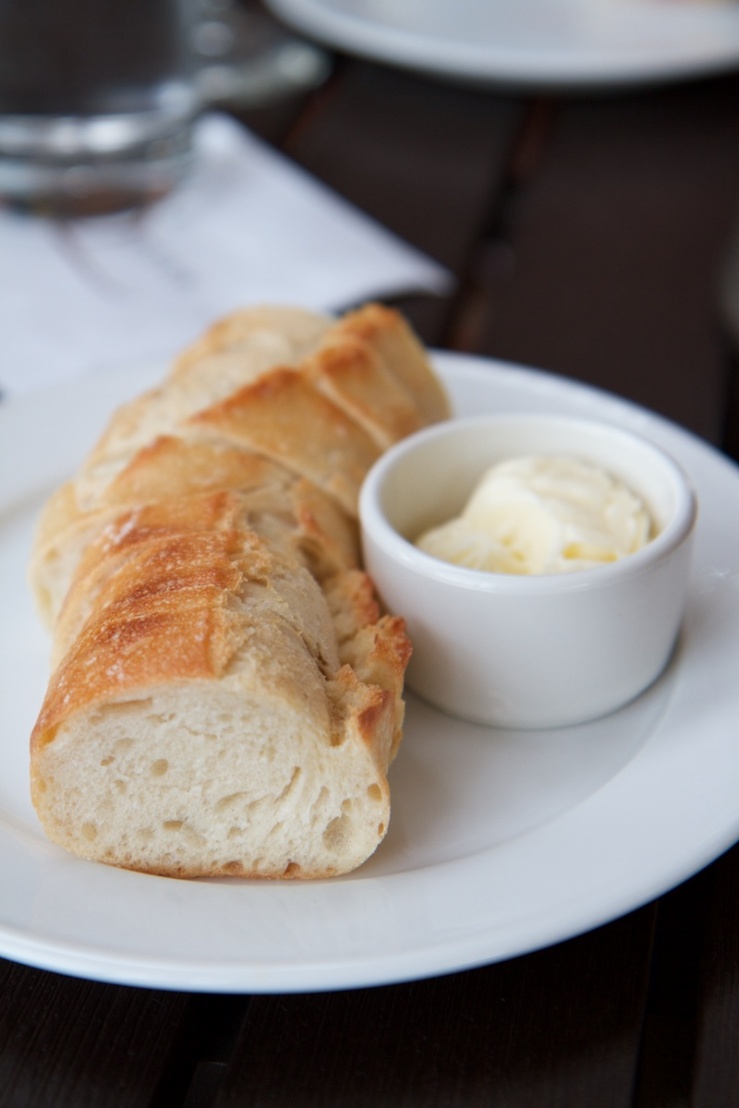 Our main entrees were delivered around 10 minutes after the mac & cheese.  There was the Balsamic Filet Mignon Pasta (sautéed tenderloin, tomatoes, mushrooms, onions, housemade pappardelle noodles & toasted garlic bread)[$19.95], the Wood Fire Rotisserie Chicken (all natural Mary’s chicken, yukon gold smashed potatoes & chicken jus)[$17.95] and the Spice Crusted Ahi Tuna (seared rare over sautéed spinach & garlic black rice, topped with Asian roasted corn salsa & avocado mango puree)[$23.95].  My toddler nephew had the Rotisserie Chicken Breast (with Land Ocean fries & sliced apples)[$8.95] which he picked at and kept him busy in-between other distractions.  The fries were fantastic by the way, I would come and have a burger just to enjoy these alongside it. 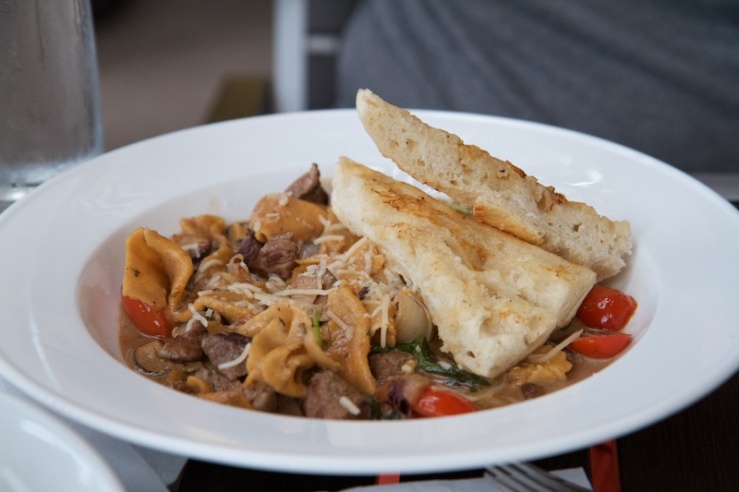 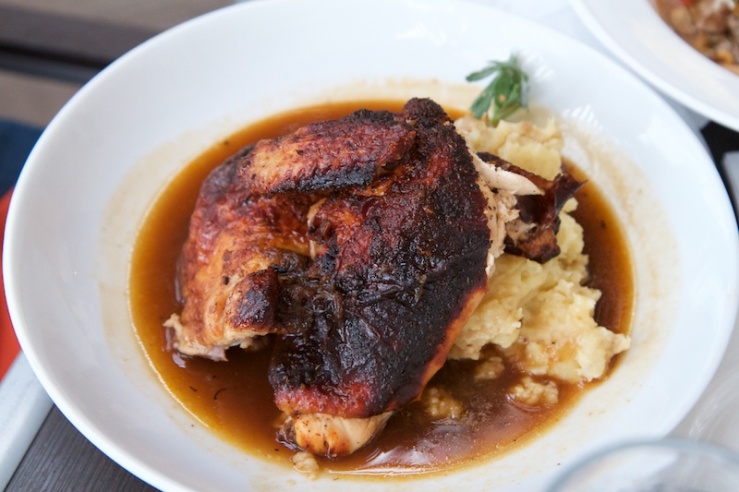 Everyone was really happy with their dishes.  Apparently the spice crusted ahi tuna was quite spicy.  To his credit, our server warned that it would be in advance.  The rotisserie chicken dish was massive and will easily make another meal or two at home.  My mom had planned on taking half of the balsamic filet mignon pasta home but loved it so much that she ended up finishing the whole thing.

I had ordered the Macadamia Nut Crusted Sea Bass (coconut rice, sautéed broccolini & soy ginger glaze)[$26.95].  I’ve been trying to recapture the magic of my first sea bass, which I had on a Disney cruise forever ago, and I usually order it anytime I see one on the menu.  This one has seriously come the closest, but was’t quite there.  I recall that one literally melting in my mouth.  This one, while plenty tender, didn’t quite hit that level.  The coconut rice was incredibly delicious, which I admit I was not expecting because I’m usually not a huge fan of coconut.  It totally works in this though.  The broccolini had a nice bit of snap to it still.  Lastly, the glaze.  Oh man the glaze.  It was so much more potent than I anticipated, and it was fantastic.  By the end I had cleaned up pretty much every last drop with rice, sea bass, broccolini, it was all fair game. 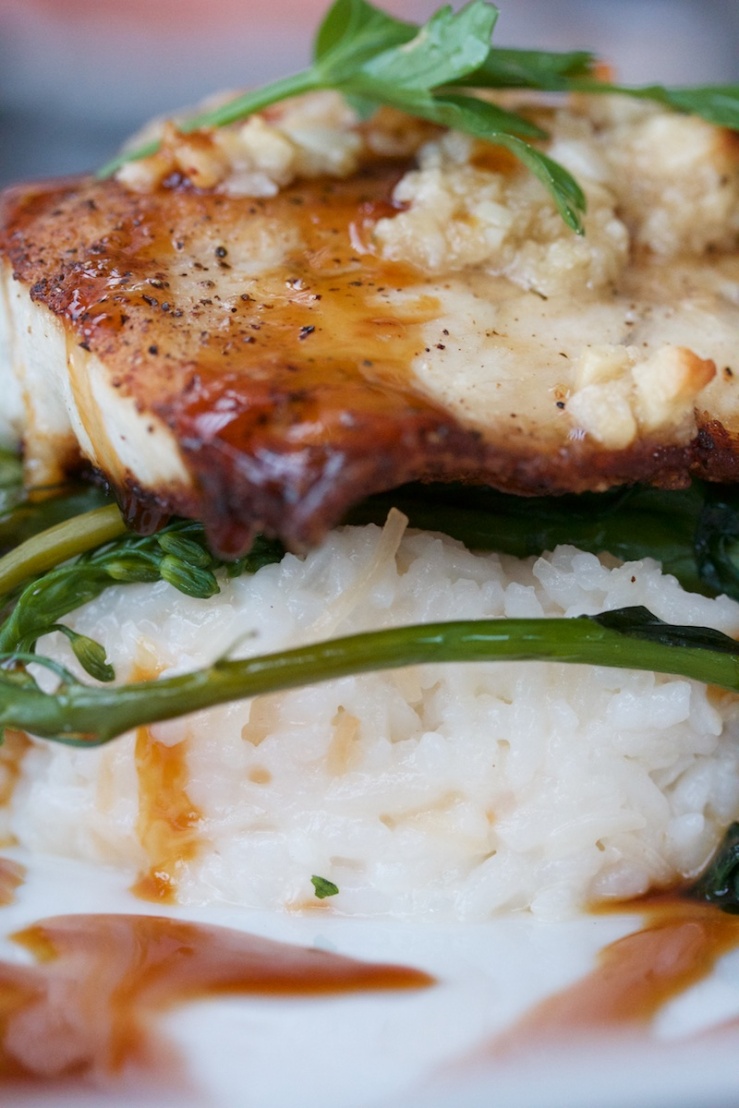 This visit was pretty much everything I wanted it to be.  Our server was attentive, patient and professional yet with a good sense of humor.  A wine glass was dropped at one point behind us as a table was cleaned up and the staff was very careful and swept up the dozens of glass shards that had ended up under our table as non-disruptively as possible.  I thought that the ambiance was pretty excellent considering the patio is next to a busy mall entrance.  I suspect the glass barriers surrounding the fire feature help block a lot of sound from people coming and going.  At the end of dinner we were treated to a gorgeous sunset.  What a way to finish up the night.  My mom and I who have back to back birthdays coming up have already decided we will be coming back for the occasion. 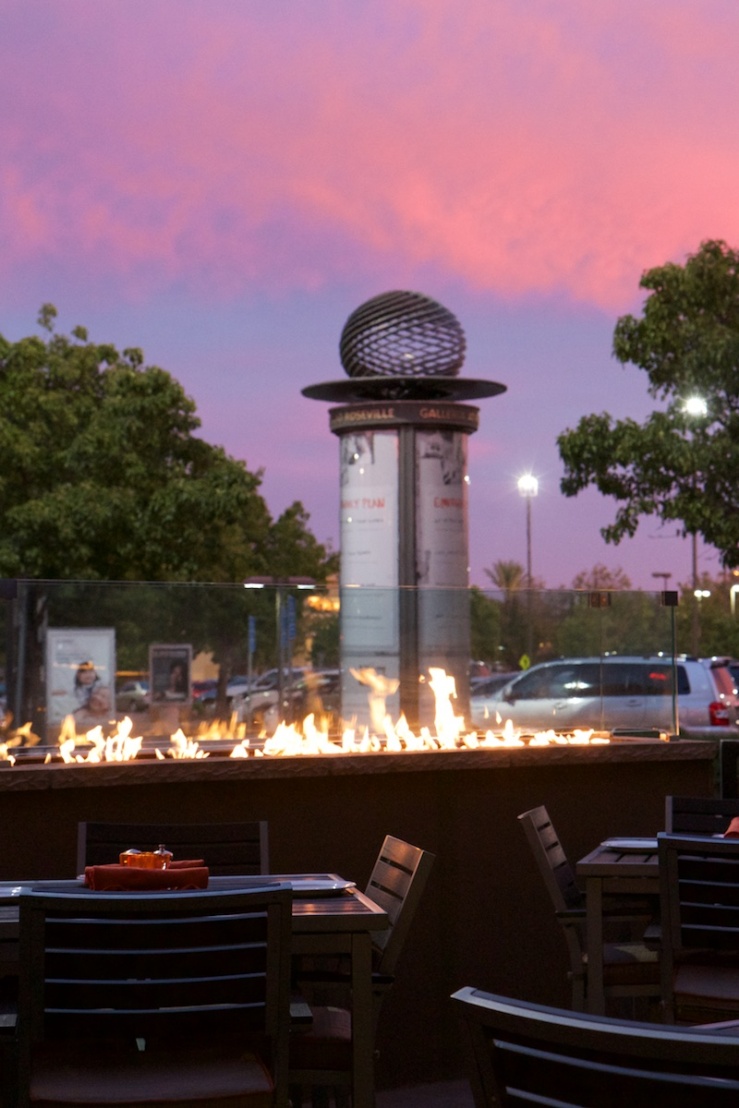