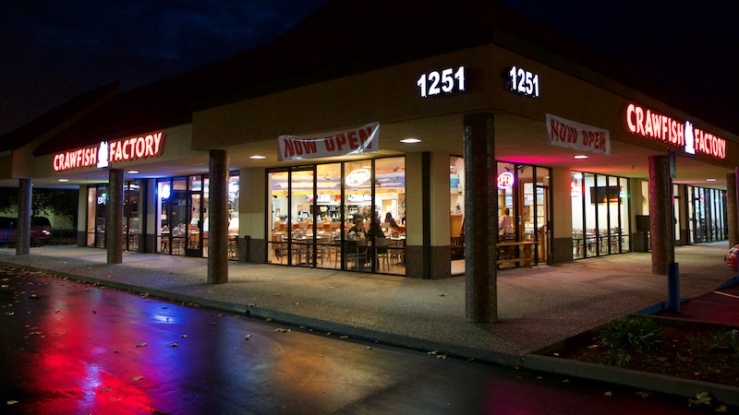 Tonight I was joined by my mom and grandmother for dinner at Crawfish Factory, Roseville’s newest seafood restaurant.  They opened just a few weeks ago in an old La Bou spot at Baseline and Foothills.  We arrived at 5:30PM and headed in.  The place is pretty big and wide open.  There is a lot of seating without it feeling cramped.  The high ceiling probably helps with that.  Of course, like many casual/family seafood restaurants, the decorations consist of fishing related items like nets and crab pots.  I was immediately reminded of a recent Family Guy cutaway where Peter is welcoming you into his seafood restaurant and says “We got boat parts on the wall so you know the crab comes from the ocean!” 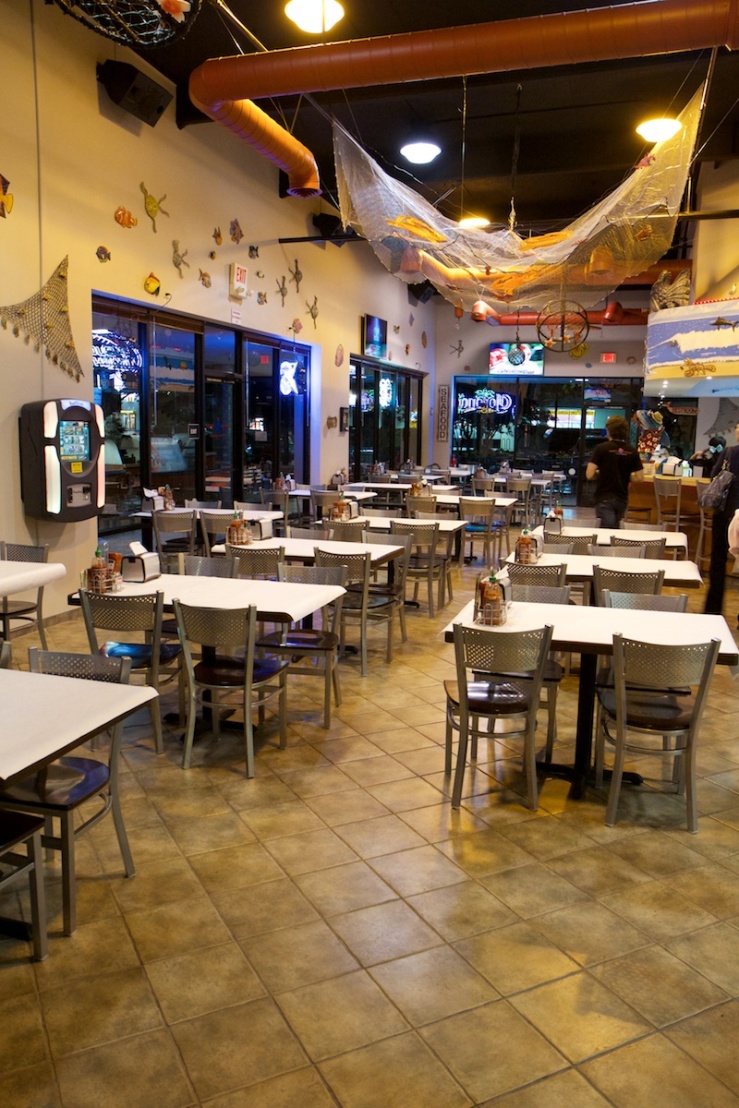 They were not very busy yet, only one table and a handful of seats at the bar/counter were occupied.  We were greeted immediately and sat at a table towards the middle, well away from the other customers (a welcome move that I rarely think much about, but when you are sat next to the only other people in a dining room it’s kinda weird, and it’s happened to me a couple times just recently).  Our server, Haylee, greeted us and gave us a very detailed rundown of the entire menu, how to order and what comes with what. It was one of the most complete and informative intros I’ve had in a long time.  She ran through the appetizers, some basic entrees, specialty entrees and what each one included (rice or bread in some cases), seafood by the pound and the extras you can add to that, the combos and finally drinks.  It was overwhelming to say the least and we definitely needed time to process it all.  We ordered up our drinks, a couple glasses of wine for the ladies and I had a Heineken.  In addition to wine and beer they also offer sake. 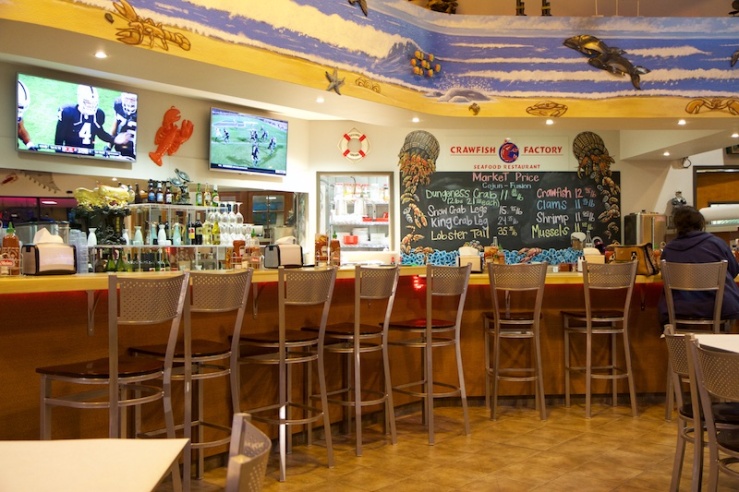 We mulled the menu for quite a while, well mostly me.  My mom had quickly picked out the Garlic Noodles with Prawns [$14] and my grandma the Dungeness Crab by the pound which was on special [$11.99/lb.] (more on this in a minute) and a side of sweet potato fries.  I thought I might have the fish and chips but then my grandma gave me a bunch of crap because it was boring for a place like this.  I couldn’t really argue with that and started looking over the combos.  Eventually while they were placing their orders I made a last second decision and went with the Chef’s Mix (Combination of Snow Crab, Clams, Mussels, Shrimp, Crawfish w/ 2 corns & 2 potatoes)[$36.99].  It seemed to have a good mix of things that I wanted to check out.  Both the seafood by the pound and my combo come with a flavoring of our choice (Factory Signature, Fusion Cajun, Lemmon Pepper, Garlic Butter and Cajun Louisiana Style) and a choice of mild, medium or hot levels of spice.  We both went with garlic butter.  I do not recall her asking about the spice level, but based on the receipt we were given mild.  We also ordered the Tempura Shrimp with Mixed Vegetables [$12] to start. 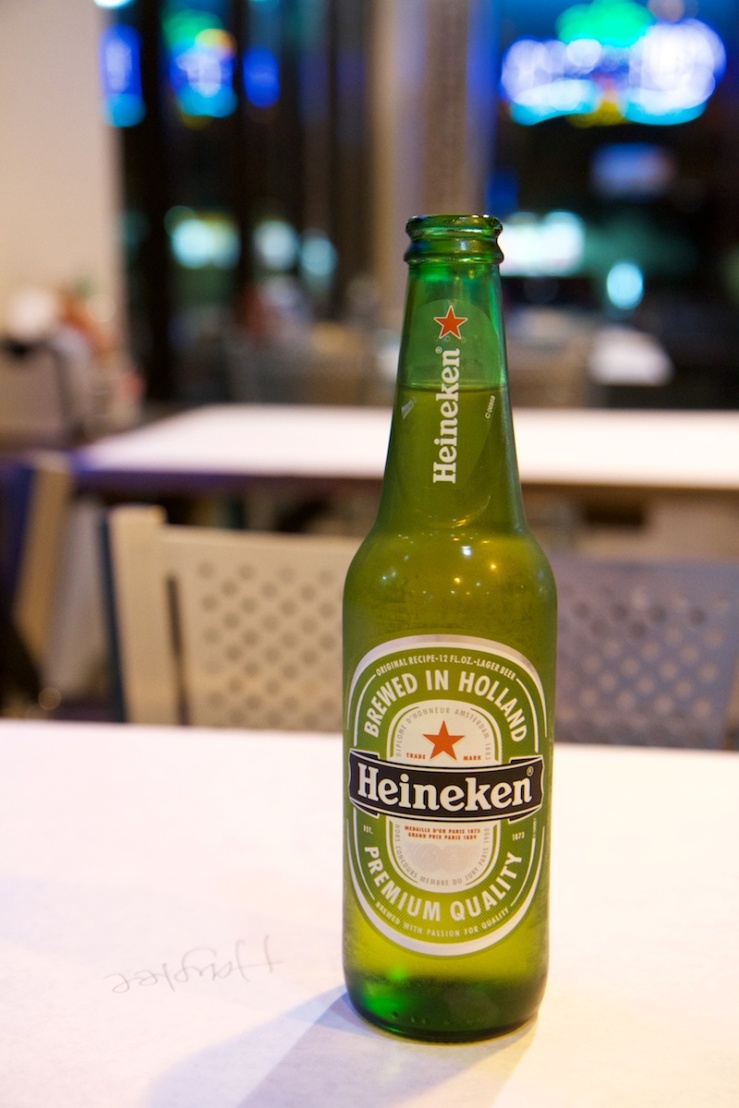 Haylee went to go enter the order into the computer.  A few minutes later the manager stopped by to let us know that the Dungeness Crab special had a little catch which he wasn’t sure was explained thoroughly.  Normally $19/lb (if I recall him correctly) it was on special for $11.99/lb for the start of the crab season.  The catch is that as a whole crab, most weigh in closer to 2lbs, and it’s not something they are going to cut up to make a single pound serving, so he explained (and showed us on the market price board) that the price for 2lbs (or one whole crab basically) is $21.  Although it was more than she planned on ordering it was still a pretty good price and we all agreed that his explanation was clear and appreciated.  Haylee came back to apologize for not letting us know this ahead of time and admitted she didn’t fully understand it herself until now (understandable and yet also surprising given her highly detailed explanation of the menu earlier).

Once we had finally ordered (about 15 minutes into our visit) it took just about 10 minutes for the tempura appetizer to arrive.  As we all agreed when we picked it out, you can’t really go wrong with this, no matter where you order it.  It arrived with the usual tempura sauce and also a pinkish looking sauce that smelled and tasted an awful lot like thousand island dressing with a bit of a zing.  It was interesting, though I found myself going back to the more traditional sauce.  The plate contained a handful of plump shrimp, broccoli, zucchini, sweet potato, and green and red peppers.  It was all quite good. 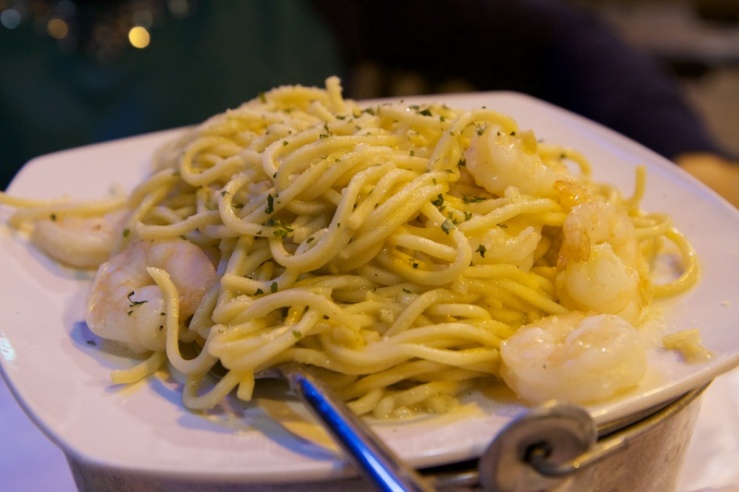 We had only just started working on this when Haylee came by and told us that our entrees were actually ready to go if we wanted them, so we said bring them on.  Very quickly the table started to get very busy.  First she brought the pasta and side of fries, then followed with the two buckets of seafood.  The seafood was each in a bag.  She came back with several bibs and plastic gloves (that’s new to me).  She then pulled the bags out and placed each one in front of us.  This was a lot to take in.  I haven’t ordered like this in a long time.  I’m sure I’ve mentioned before that I don’t really like eating messy food with my hands, but there was no turning back here.  I suited up and dove in. 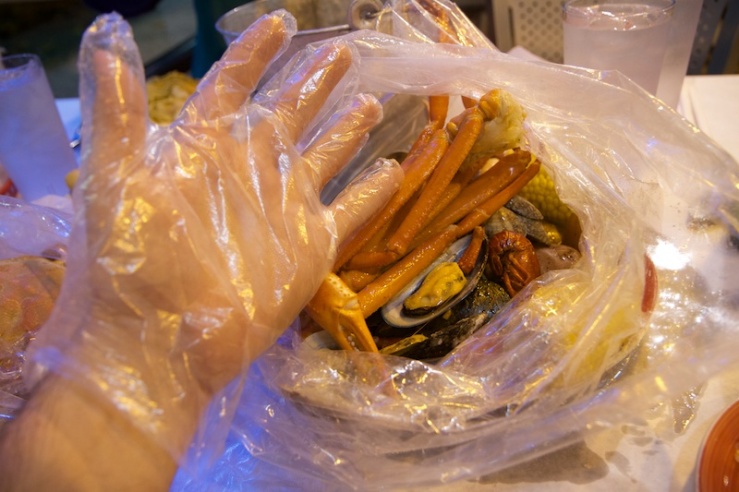 Starting with the crab, this was simple enough.  Armed with a fork, a leg cracker and my hands I went to work.  The snow crab was delicious as expected.  Everything in this bag was very hot at first.  Any hotter and it may have been difficult to manage using your hands.  It gradually cooled off but still remained quite warm, especially at the bottom where all the buttery, garlicy juice was.  I didn’t spend a whole lot of time on any one item, instead choosing to grab whatever looked the easiest to pull something edible from.  The mussels and clams were at the top of that list and I went back to them frequently.  I found the mussels to be probably my favorite item behind the crab.  They were incredibly flavorful and all of them were quite large.  The shrimp were huge.  I didn’t really have any idea what I was doing.  I was just pulling heads, squeezing tails and tearing shells and legs.  I felt like an animal.  It was delicious though.

I had less idea what to do with the crawfish.  The last time I remember seeing one of these was when I was a kid, camping with the family and we fished some out of a creek with pieces of hotdog.  I don’t even remember if we ate them or not.  The heads of these came off very easily and had a lot of juices inside.  The meat in the body and tail I had a little more trouble getting to.  Taste-wise there were probably my least favorite.  That’s not to say that they were bad, I just really liked everything else a lot more.  Even the corn and potatoes were pretty good, though I only picked at those a bit.

Eventually I stopped.  Partially because I did kind of feel full, but also because it was exhausting.  I peeled my gloves off which, after handling spiny crustaceans, had been punctured many times over and ended up leaving my hands covered in buttery sauce anyway.  For 2 lbs of seafood I think I did a pretty good job.

Crawfish Factory is a hell of a fun time and everything we had was great.  All the seafood seemed extremely fresh and the flavor was great.  I do kind of wish I had been asked about the spice level because I think medium would have been nice.  That’s about the only thing I can think of that I would have changed.  This was a great dinner.