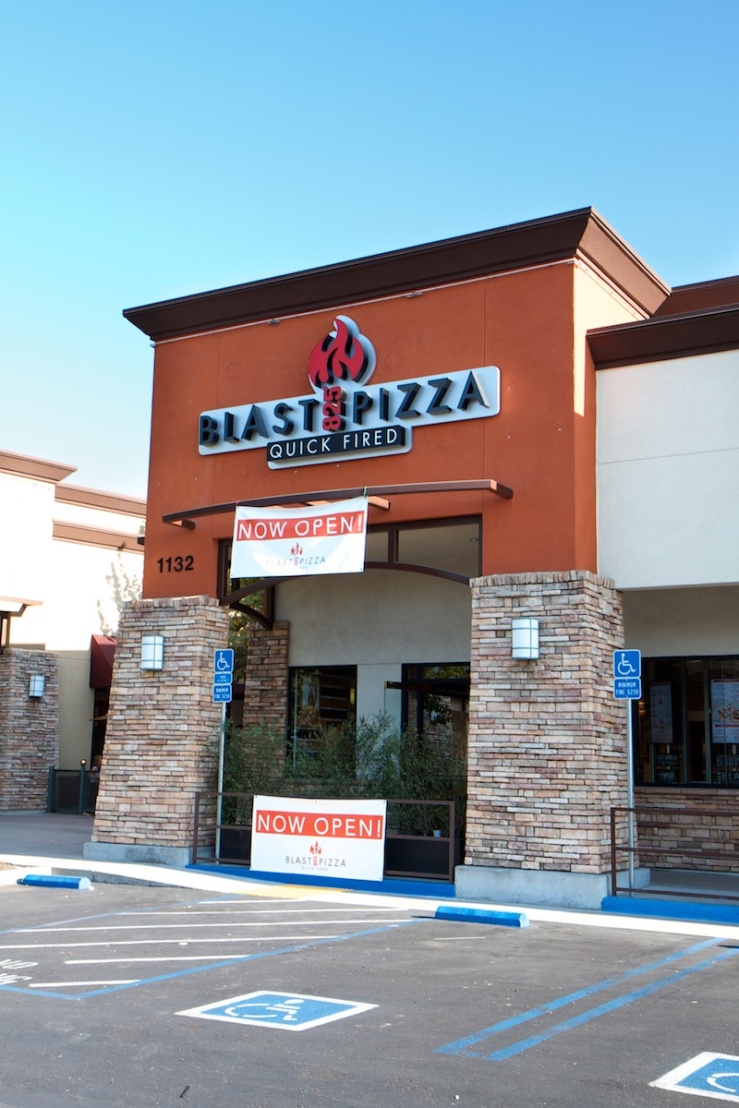 It’s been too long!  Back to work.  Tonight I had a few places to choose from that have all opened recently.  Two of them are upscale lounges, but I found myself in a casual, pizza type of mood, so I was off to Roseville’s 2nd quick pizza place.  This is Blast 825º Pizza, located next to Chipotle across from the Galleria.  Getting this out of the way, I’m a big fan of Trademark Pizza.  I’ll do my best to set aside any bias, but there are definitely going to be a lot of comparisons. 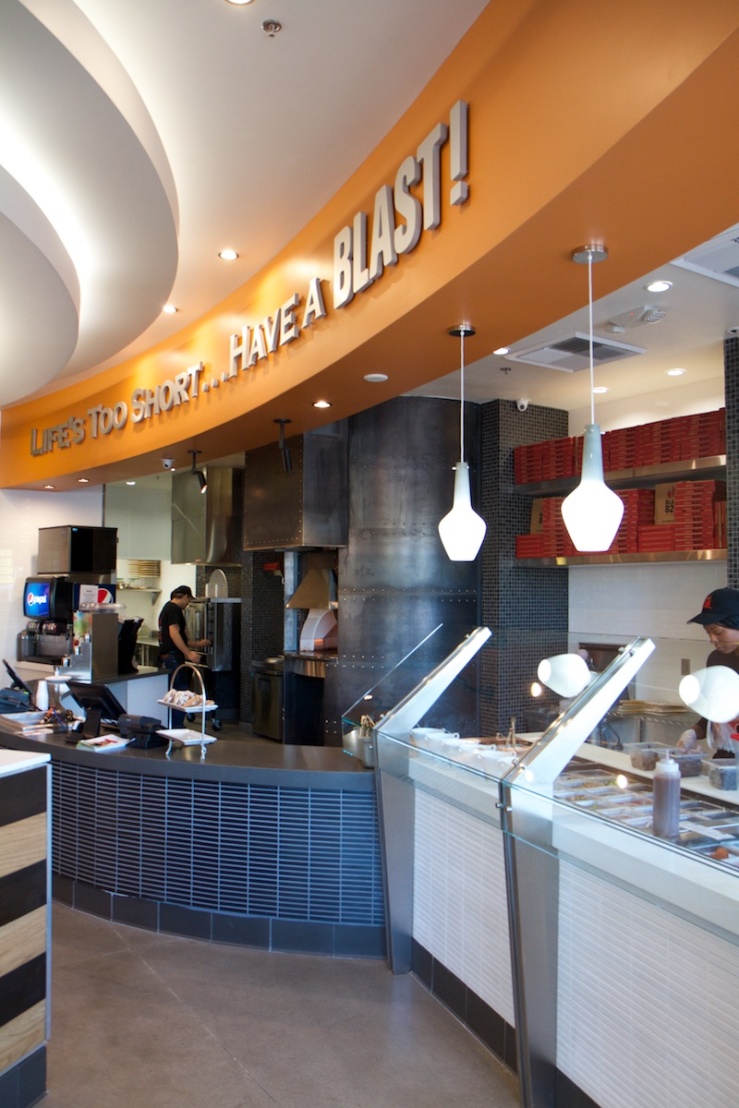 Blast 825º is basically the same concept as Trademark, and both are brining this concept up north from SoCal.  Blast has a location in Clovis and is opening another in Rocklin soon.  If you need a refresher or never saw my post on Trademark, it’s a bit of a Chipotle type of ordering process.  You start with the crust and move down a short line choosing all your ingredients, then it’s put into a very hot oven for just a few minutes.  You’ll likely just be sitting down when your pizza is ready.    The price here is about the same as Trademark at $7.95 for a create your own.  The biggest difference is in the number of toppings.  Here you get 3 meats and 4 veggies.  Trademark is unlimited.  I have to admit I was skeptical based on that alone when I entered.

I showed up at 6PM sharp.  There were just a handful of people here at the time, most on their way out.  This place is BIG.  Easily four times the size of Trademark.  The dining room is very, very good looking.  The assembly line is about the same size as Trademarks though, maybe even slightly smaller.  Most of the time that I go to Trademark during lunch or dinner hours they are slammed with a line out the door and few places to sit.  Given that Blast has a much larger seating capacity, I wonder if their small make line and oven (which looks smaller as well) will be able to pump out enough pies to actually utilize all the extra seating.  Time will tell.  Anyway, it’s a really nice store.

I stepped up to the line and was greeted by one of the employees, who ran me through the process.  Once I heard that there were 3 meats and 4 veggies on a standard pizza my skepticism was tempered a bit.  This is just one shy of the amount of toppings I get at Trademark.  I picked out the original dough (other options are artisanal wheat or gluten free) and started with white sauce and the Blast Blend (If I recall, aged Asiago, smoked mozzarella[?] and one other).  The first difference I noticed was that the dough was considerably thicker than Trademarks super thin crust.  I learned later from the manager, Jake, that they half-bake the dough earlier.  The next thing I noticed was that my pizza-maker measured out the cheese, something I’m not used to coming from Trademark.  Skeptisism rising…  Moving on.

From here I built the same pizza that I get at Trademark.  Not only do I love these toppings, it would be a perfect comparison.  I went with chicken, bacon, sausage, onions, garlic, olives and spinach.  The one item I left off was mushrooms.  I stopped them just in time before it was popped in the oven to snap a quick before photo.  I paid up and got a soda [$2.05, making the total an even $10 + tax].  I chatted with Jake for a minute and then took a few photos before my pizza was ready. 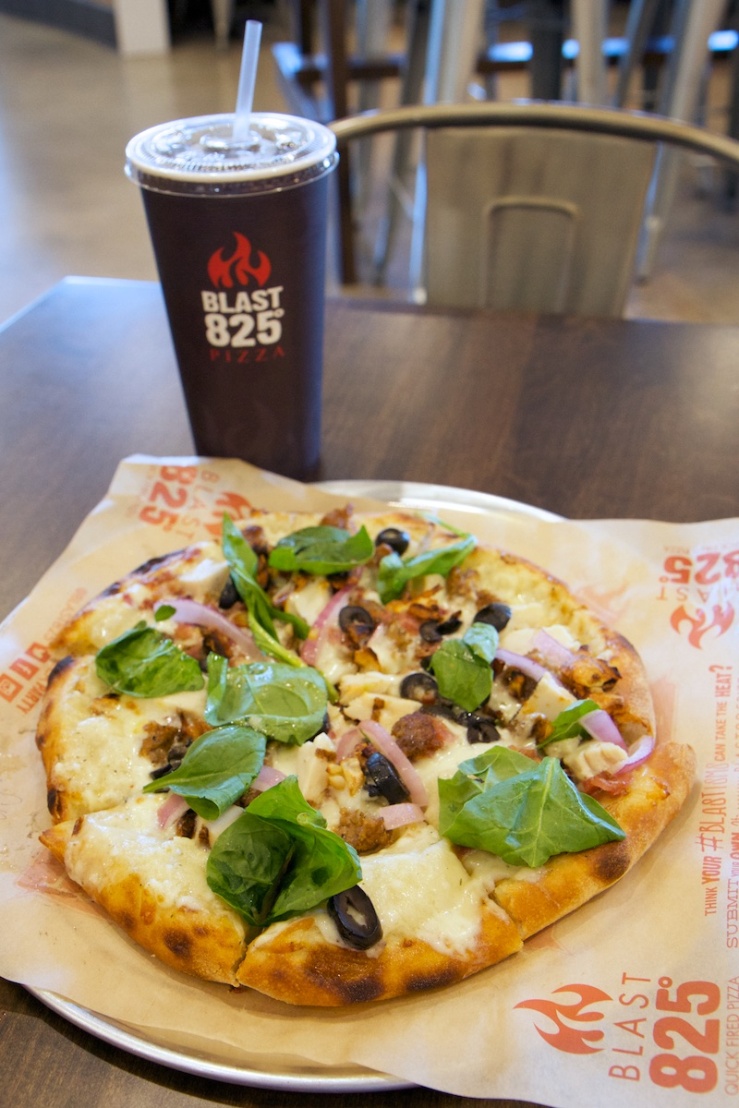 Sitting down with my fresh pizza, it was clear that this was slightly smaller than Trademark’s 11″ pie.  It might be only by an inch, but it felt noticeable.  Anther difference, and one that I noticed while picking my toppings, was that the garlic is chopped rather than minced, and it seemed to be roasted as well just looking at it in the make table.  It was a huge difference in aroma.  This was much stronger.  Picking up a slice, the crust held itself up pretty easily and was nice and crisp on the bottom and edges.  Here they put the spinach on after cooking, which was visually very nice.  Flavor-wise this pizza was very similar.  The chicken was tender, onions crispy, bacon flavorful, you get the picture.  It’s totally on par with Trademark.  The garlic was considerably more present here though and the crust is obviously different. 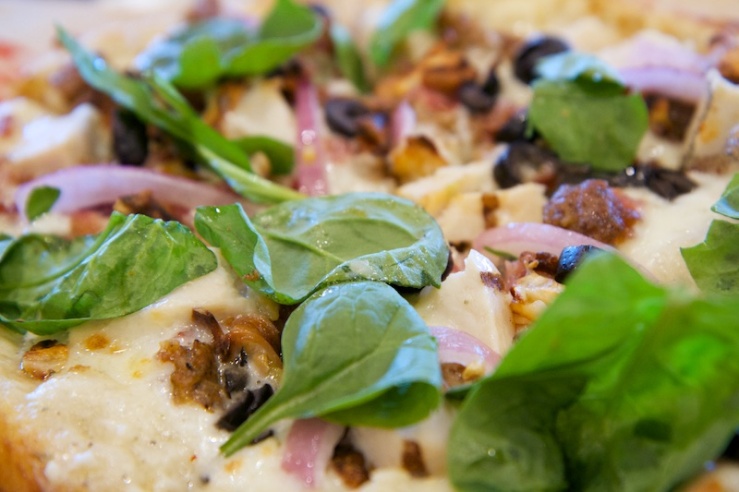 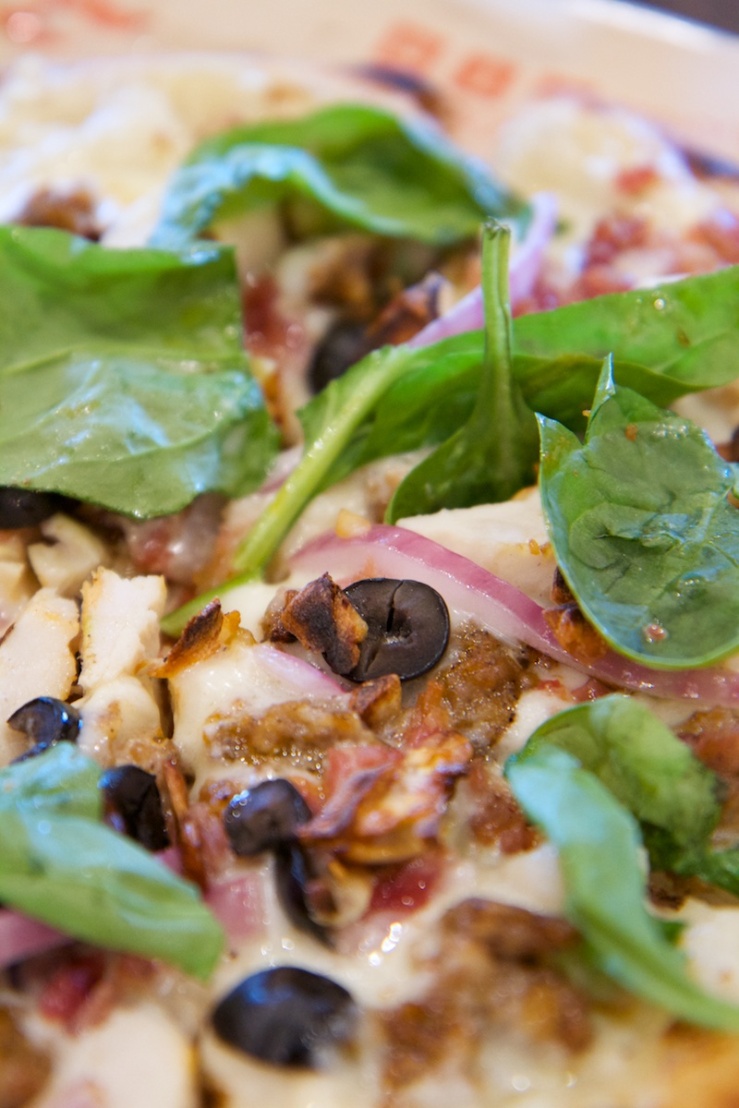 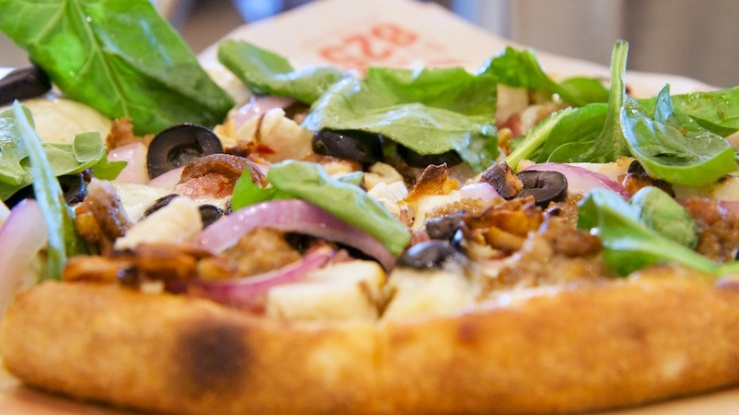 I was impressed, it’s just as solid a pizza as I am used to.  I would say that overall they are both extremely good at what they do.  Both make an excellent pizza with quality ingredients at a very reasonable price.  Try them both out and I think you’ll agree.  Objectively, Trademark does offer a bit more value with their unlimited toppings and slightly larger pie.  I typically get extra of all my toppings and can easily make two meals out of it.  I spoke to the owner of Trademark and the manager of Blast and both had good things to say about each other and welcomed a healthy, friendly competition in this new space.  More is rarely a bad thing and I’m glad to see this awesome concept expanding in our area.