Last Wednesday I went to I Love Teriyaki for dinner.  This seems to be a Sacramento area chain with over a dozen locations.  I say seems because their website, iltca.com, only shows the Roseville location on Douglas and a Sacramento location.  Google lists the same website for all the locations I found.  I picked up a menu once at the Rancho Cordova location to keep at work and I wish I looked at it earlier today because I think it shows more.  Maybe their website is horribly out of date, or more likely, it’s some silliness with “authorized” franchises that leads to varying experiences all under the same name, which is what Mr. Pickles has going on.

I have eaten at three different I Love Teriyaki’s at this point.  I visited the one on Douglas a couple years ago where I had some very mediocre chicken.  I’ve been to the one in Rancho Cordova a couple times, where the sesame chicken is decent, but the counter where I sat the last time was basically a shared space where to go orders are picked up, leading to a very annoying lunch where I was pretty much in the way the whole time because I decided to dine in.  Finally, this was my first time to the Foothills spot.

I headed in at about 6PM.  The interior is fairly small.  There are nine 4-seat tables, three of which were in use.  The menu above the register is quite simple, listing a dozen or so items under “Teriyaki Plates,” five items (vegetable, chicken, pork, beef, seafood) under “Noodle Plates” and about four items under “Tempura Plates.”  To the right are some big photos of some of the items.  In addition there was a photo of potstickers, which I did not see on the menu.  I kind of wanted some but ended up just sticking with a chicken noodle plate.  At the register I was rung up by a young guy who was polite enough but provided very little interaction, just enough to get the order, payment and hand me my cup and receipt.  As I left the register, I noticed there was a paper menu that was taped to the counter that looked like it had more than the menu up above did.  Just around the corner at the fountain machine I filled up with water and then came back to find a seat, snagging one of their to go menus (PDF) on the way.

I took a seat near the door and looked this over.  Indeed, this paper menu had a lot more to offer including noodle soups and sushi rolls.  Looking over to one of the walls I saw they had a bunch more photos, of which five were sushi rolls.  I think at first glance these can be misconstrued for decoration rather than and extended menu.  It was irritating to have missed out on over half the menu of available items.  Anyway, I waited patiently while the busy kitchen worked.  There were several people back there constantly moving around.  A steady flow of customers picking up phone orders justified the high level of activity. 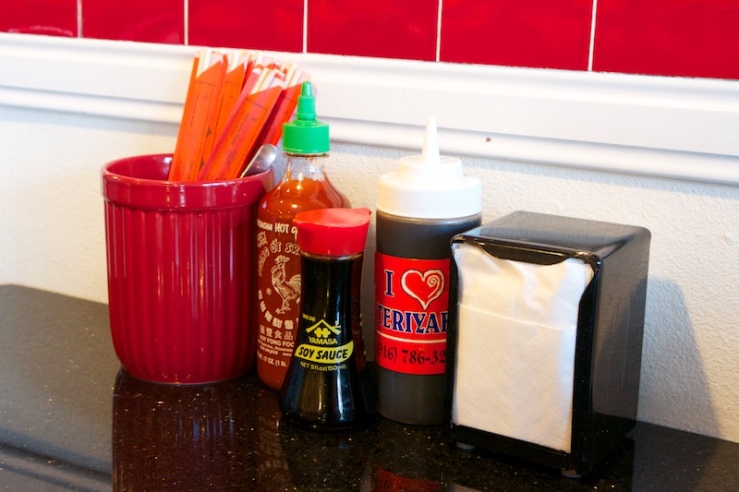 In about 10 minutes my plate was delivered.  A pile of noodles, thinner than those I had at Teriyaki To Go, were mixed with slivers of carrot, sliced cabbage, broccoli, bean sprouts and chicken.  There was a good amount of chicken in the pile.  The light coating of sauce on it all was similar to Teriyaki To Go’s sauce but a little sweeter, and was a little weaker overall.   I found the chicken to be OK.  It was nowhere near as flavorful, juicy and tender as Teriyaki To Go’s, but it wasn’t dry either.  I found myself getting annoyed with the amount of cabbage in this.  Not so much cabbage in general, but the hard, thick white stem parts you would find near the core.  They lacked any kind of flavor and detracted from the rest each time I got one and had to spend a moment chewing it.  By the end I was picking these bits out and putting them in a little pile to the side.  Along with the chicken noodles was a small amount of steamed white rice.  I threw a little soy sauce over this to enjoy it. 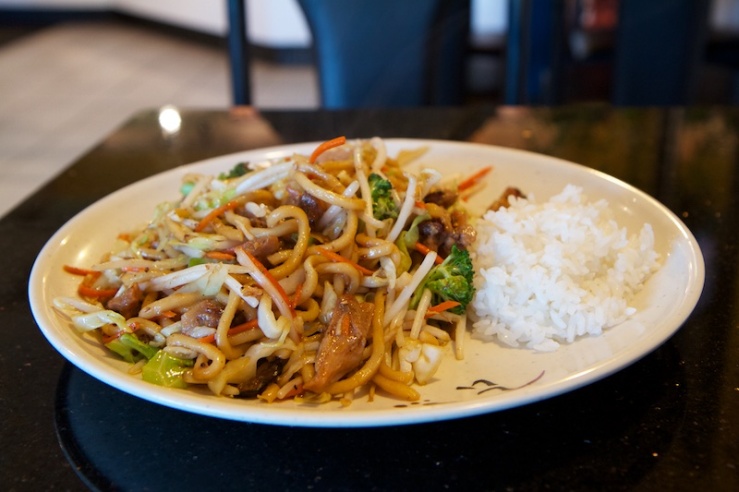 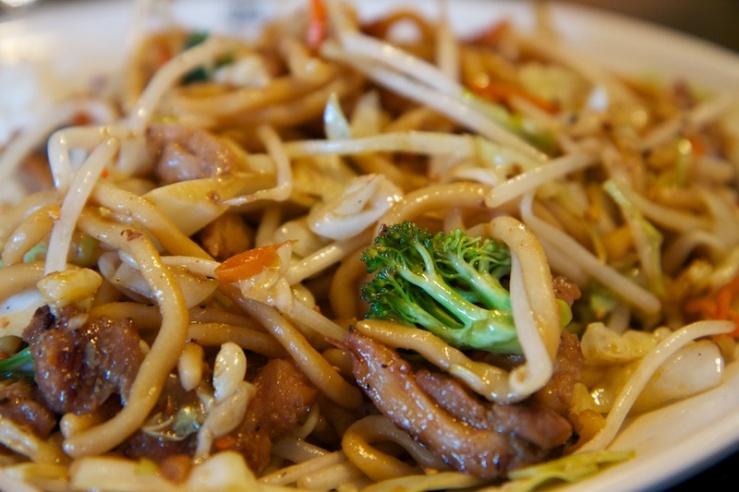 Overall I was much less impressed with what was essentially the same dish, despite being served on a plate instead of a bowl, as I had at Teriyaki To Go.  It was fine, but much like all my other experiences at I Love Teriyaki locations, it just didn’t leave much of an impression.  The menu situation was bad.  I know what the deal is now, but that was not a good first impression.  It wouldn’t kill me to eat here again, I just doubt I’ll ever feel the need to return.