I had a pretty small lunch today which had me thinking about dinner almost as soon as I was home from work.  I had already picked out Vernon Street Grill & Deli.  Obviously located on Vernon Street, this restaurant is on the same stretch as Sammy’s Rockin’ Bar & Grill but on the other side.  This is the area where the food truck roundup happens on the 2nd Thursday of each month.  I arrived just before 4PM and found a parking spot close by.  Once inside you can take a right into the smallish dining room or continue ahead down a narrow path towards a cooler with beer, and just around the corner to the counter.  Here they had the menu up on the wall as well as laminated on the counter. 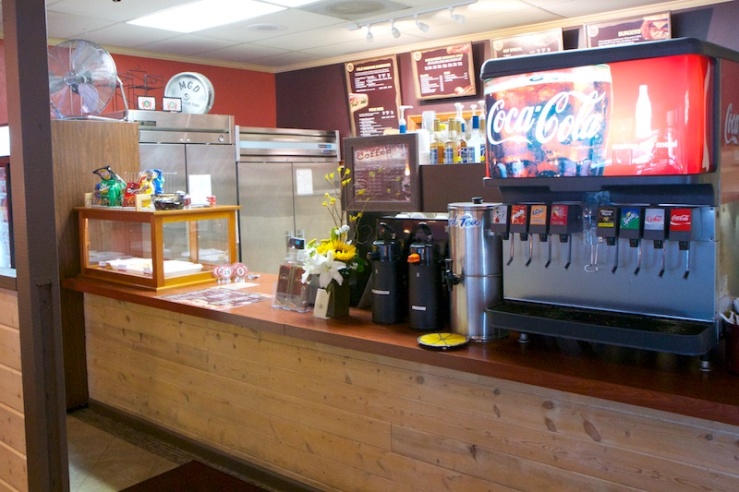 When I got here there were just a half dozen or so customers eating.  They had all left by the time I got my food.  One person came in while I was eating, ordered something to go and left once it was ready.  There were a couple employees working, though I mostly only saw the one that rung me up.  She was quiet but friendly.  Having looked at the menu online a while ago I knew that they offer a little bit of everything: burgers, hot & cold sandwiches/subs, cheesesteaks, hot wings and salads.  They also serve breakfast in the morning.  I asked if there was anything they were known for in particular.  With a smile, “Everything” was what she said.  A moment later as I was skimming over the menu again she pointed out the cheesesteaks and said they were good.  They have 6″, 8″ and 12″ sizes.  I decided to go with the 6″ and pick out a side to go with it.  I found a variety of fries (regular, curly, garlic, onion) to choose from as well as cheese sticks, potato salad, zucchini with ranch and chicken strips with fries (this sounds more like a meal and that it’s in the wrong section to me).  I asked if the zucchini is deep fried, which she confirmed, and I went with that.  After a fountain drink, my total came to about $10.

I was handed a little number and I headed to the front where I found a slightly raised section of small tables that lined the windows.  While I waited for my food the remaining customers left and the woman that rung me up was immediately in the dining room cleaning up tables.  She also appeared to be working on my order, or at least helping in the kitchen here and there.  My food was brought out just five minutes after I had sat down.  The cheesesteak was just a little guy.  It was just a $5 6″, but still.  It’s hard not to compare it to even the basic ‘steaks at Cheesesteak Grille or Cheese Steak Shop, which are both considerably bigger and stuffed full of meat and cheese.  Despite this, it was actually not bad at all.  The steak was tender and flavorful and it had a pretty good ratio of creamy, melty cheese to meat.  Thick grilled onions finished it off.  The roll was just a typical sub roll, not the more traditional Amoroso.  For the price, it’s really not a bad cheessteak at all.

I was kind of expecting the zucchini to be sliced like pickle chips, but they were strips instead.  The batter was thin and light and seemed to be the same type you’d see used on mozzarella sticks.  These were initially very hot and I left a lot of them for last so they could cool off a bit.  With or without ranch I found these to be really good.  They were light enough (even though they were deep fried) to be a really nice side that didn’t leave me stuffed or feeling like I needed a nap afterwards.  You could easily taste the flavor of the batter and the zucchini equally, which is nice when so many fried things just end up tasting like whatever batter/oil they’re cooked in. 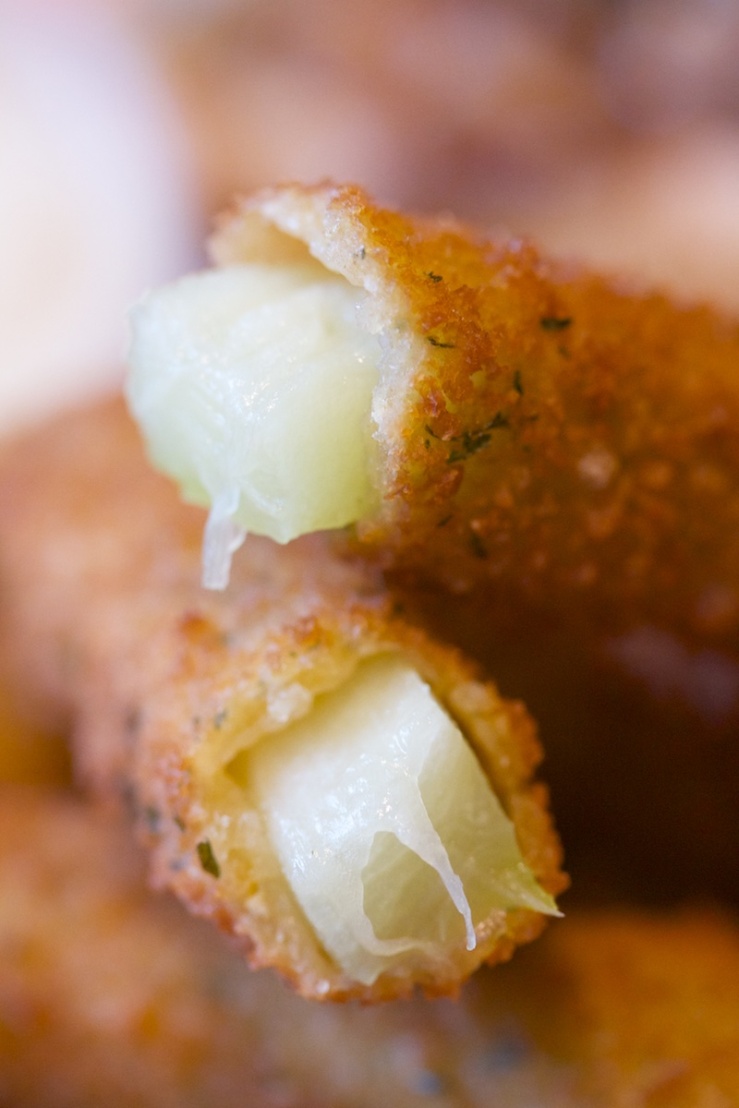 Nothing here was all that mind blowing, though I don’t really have any complaints either.  Will I be back?  Maybe to try the breakfast.  I would say that the food and experience as a whole wasn’t super memorable overall.  If I happened to work nearby I could see myself returning to try their other items over time.  Actually there’s a place near my work that’s very much like Vernon Street Grill, similar menu and all, and I feel the same about it.  I go there less than once a year on average, usually when someone else wants to go.  It’s not bad, just nothing really interesting.