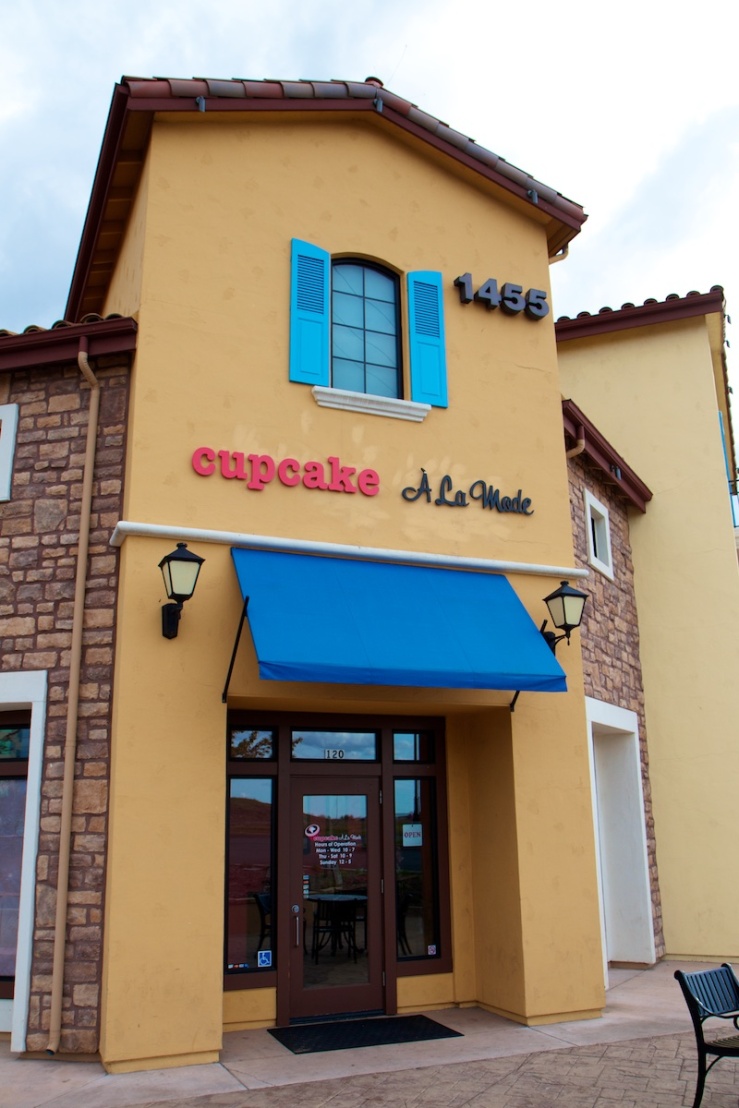 Cupcake time! I must admit I was not really in the mood to do a whole dinner thing tonight, but I’ve been really happy with my posting momentum lately that I didn’t want to skip the mid-week one, so I picked Cupcake A La Mode. I noticed this little cupcake shop in the Stone Point shopping center a few weeks ago. It’s at the far end in a little corner spot, sharing the building with Paul Martin’s. I didn’t even realize there was another space there, I figured Paul Martin’s used the whole building. Not long after seeing it I got an email for a Groupon here (which is still available, click here to go to it). A bit of poking around on their website and Facebook page showed me that this is the 3rd location, with the other two located out in Kansas and Missouri.

I stopped in at about 4:15PM. Inside is a very small space, enough room for the counter/register and a handful of seats. They have a full permanent menu with descriptions of each cupcake as well as a blackboard with monthly specials. Today the display case looked mostly full, with just a few flavors that they were out of. I took a moment to skim over the selection and then picked out one for myself and six more to take to work tomorrow. For the last couple I asked what she recommended. She pointed out that lots of people usually like red velvet, which I agreed with, and that she thought the Marshmallow Fondue reminded her of a S’more (s’more of what?), so I went with those. They are $3.25 a piece which is about on par with Smallcakes and Sweet Stuff. I asked how well they would hold up overnight and was told they should be just fine as long as I refrigerate them and take them out about an hour before serving to let the buttercream frosting soften back up. 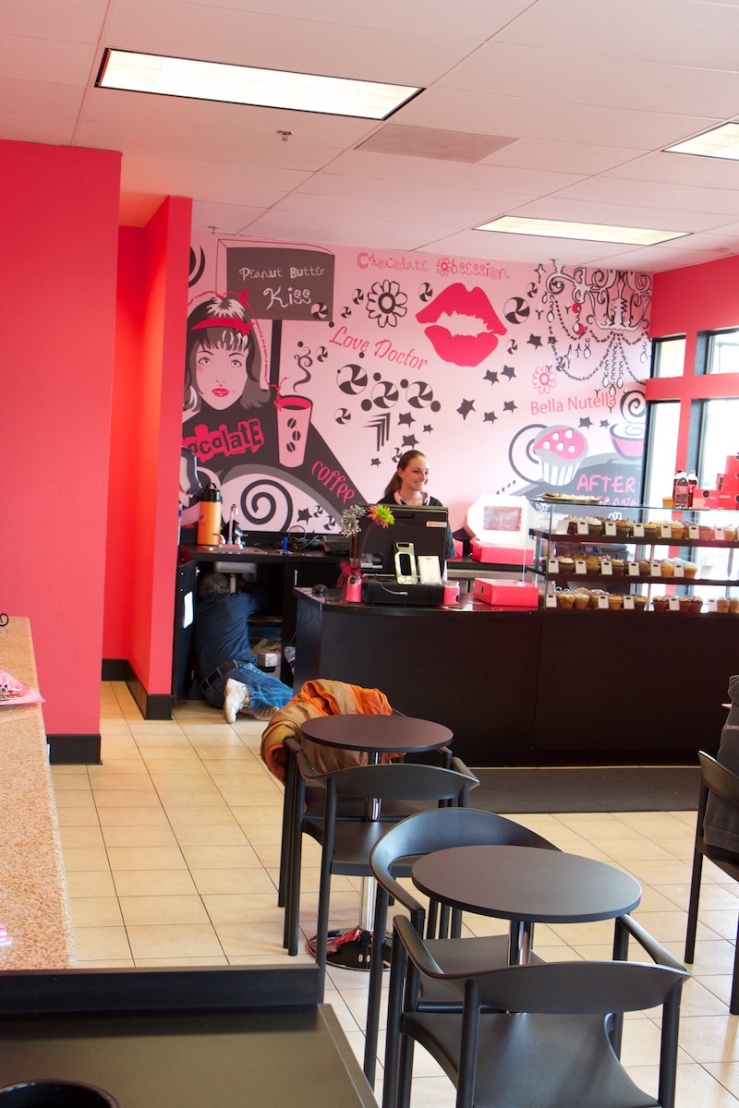 And with that I was back home for a little cupcake photo shoot, all the while under constant watch from Dusty, who wished he could get his paws on one or more of them.

I had the Mama Mia: [(Our version of tiramisu!) A Vanilla cupcake topped with alternating layers of mocha buttercream and cream cheese icing, sprinkled with cocoa powder]. Wow. Just wow. This was so intensely sweet and rich that I found myself carefully balancing cake and frosting in each bite. Paired with a glass of milk this was amazing. Without it might have been torture. I was blown away by how strong the tiramisu/coffee taste was. It was by far one of the most full-flavored cupcakes I’ve ever had.

Update 3/7/13: I had some left over after work today and ate the ChocoVanillo which was totally awesome. It was a lot less dense and rich (though it was still rich) than the Mama Mia. This was more like the ones I liked from Sweet Stuff Cakery. I still have the Marshmallow Fondue and will probably check that out tomorrow, hopefully it’ll hold up after two nights in the fridge. 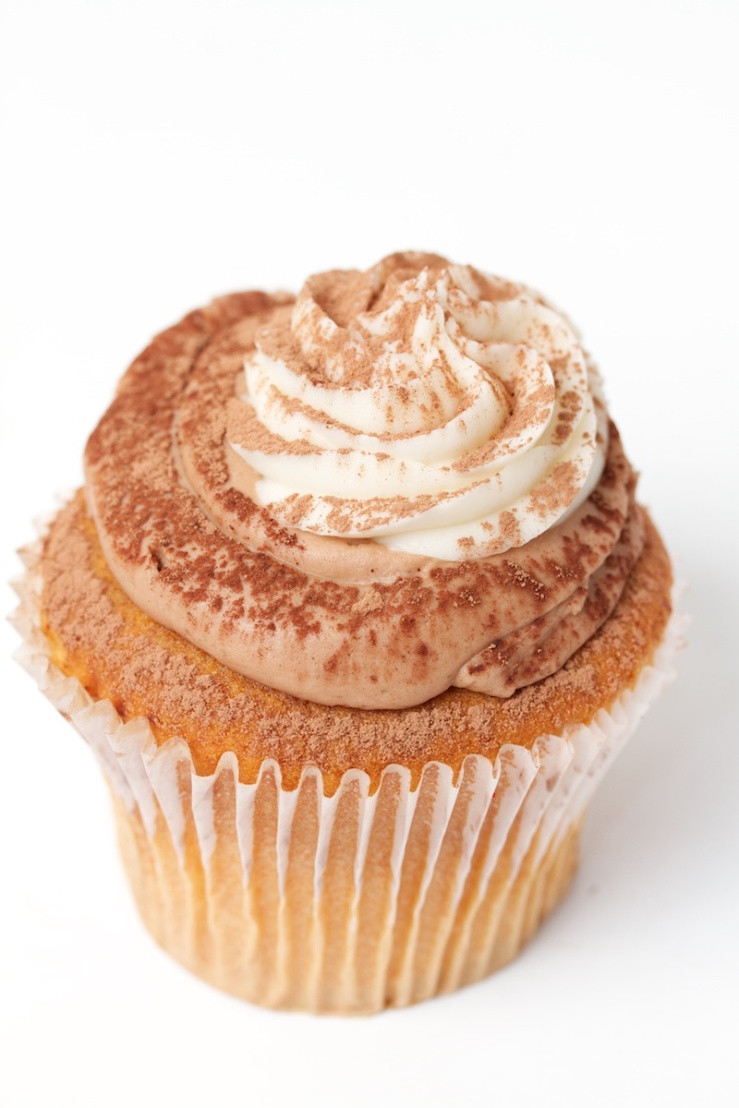 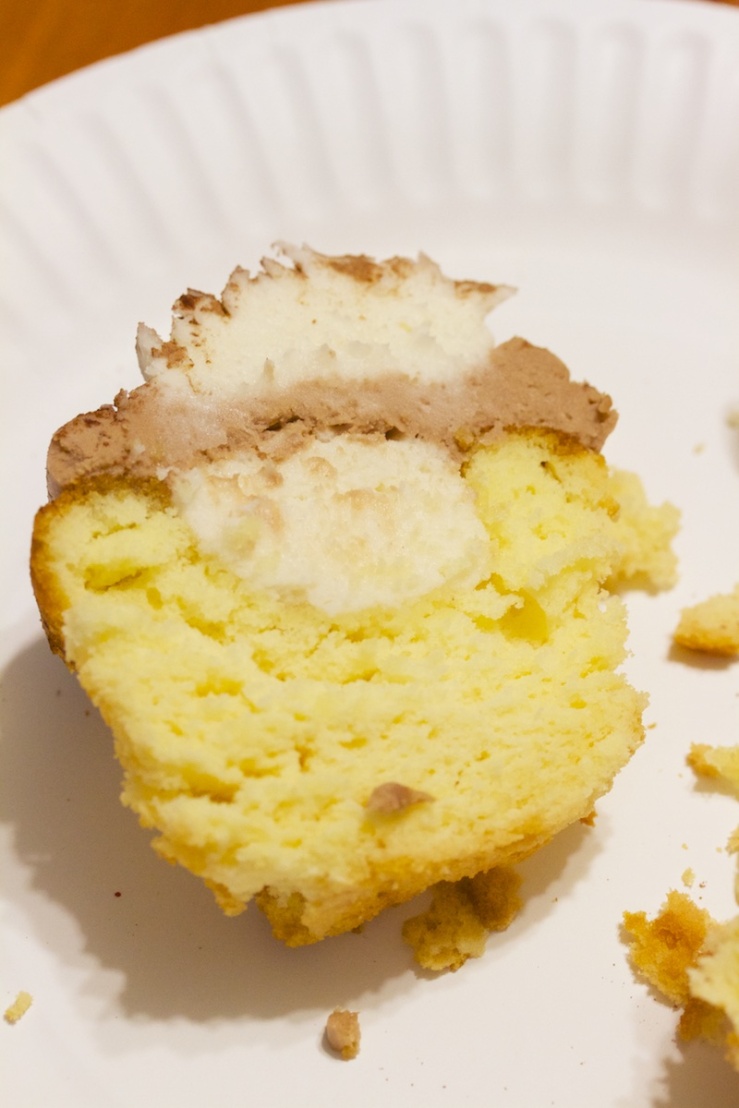 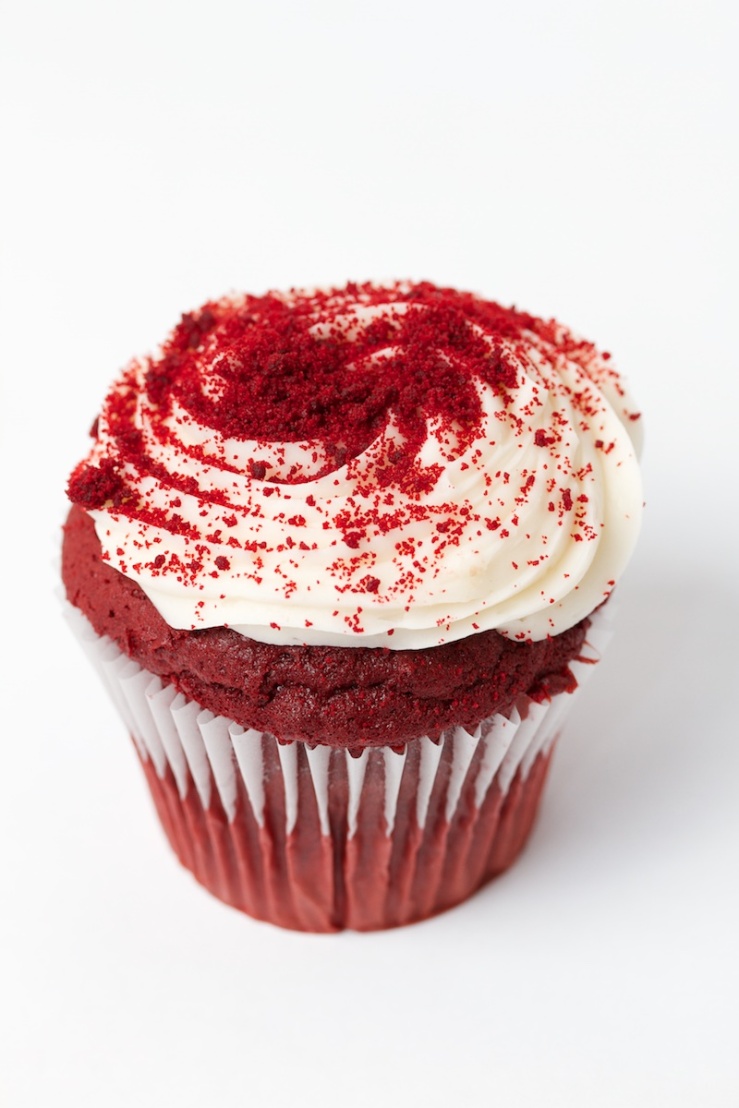 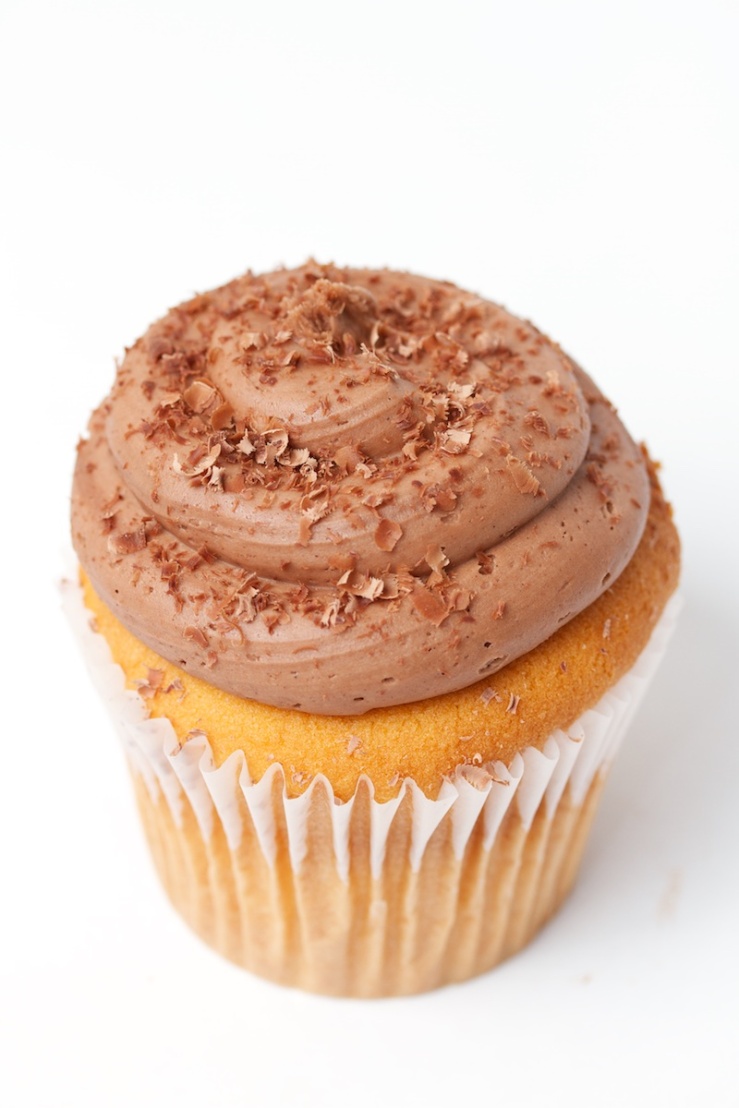 Vanilla Creme de Coco: Chocolate cupcake topped with our signature french vanilla buttercream. This cupcake usually has pink and white sugar crystals sprinkled on it with a pink malted milk ball BUT may be seasonally decorated as well. 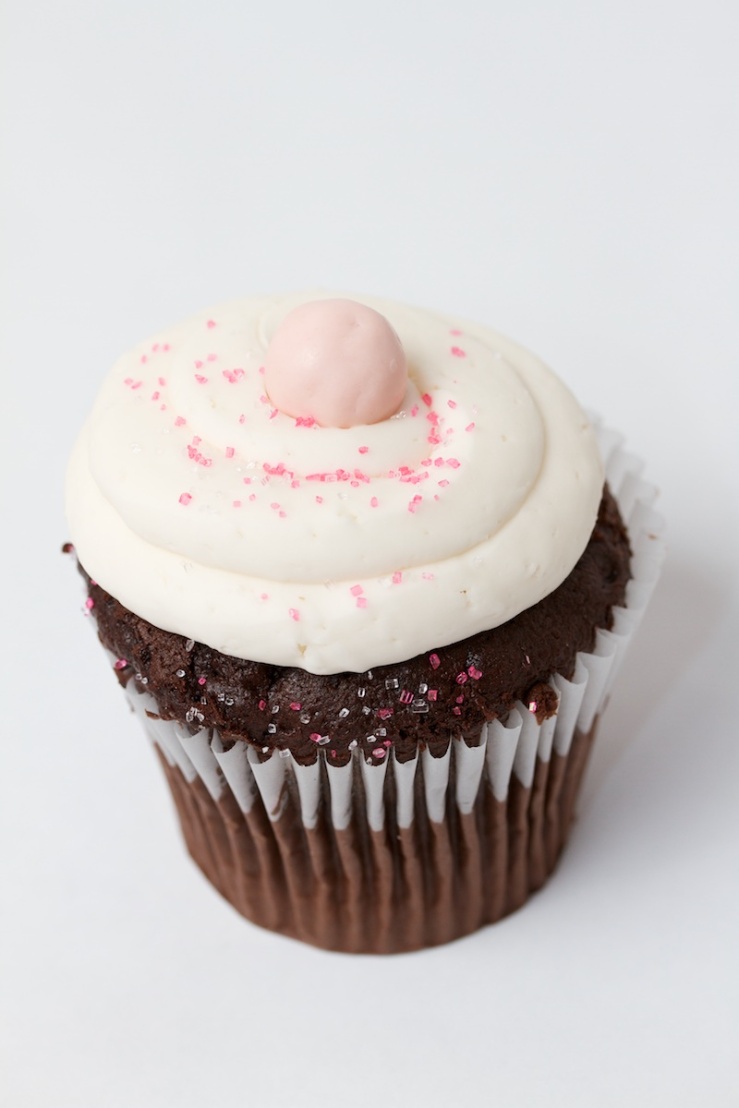 Roseville definitely has a solid three cupcake joints at this point. I feel like what I’ve had from Sweet Stuff Cakery edges out Smallcakes and Cupcake A La Mode out a little overall because they’re less intense and more well balanced, but their limited hours annoy me so I’m more inclined to go to the others for my cupcake desires. Add to that, Cupcake A La Mode and Smallcakes both have great outdoor areas to sit and eat and are both near some nice restaurants to have lunch/dinner at first. Wherever you decide to go though, you probably will not be disappointed, they all really are pretty great!