Now that my batteries are recharged, it’s back to the (delicious) grind!  A few weeks back I did some driving around west Roseville to make sure my map was up to date with any restaurant openings/closings.  I was aware of the Woodcreek Oaks / Pleasant Grove shopping center but when I last checked on it there wasn’t much food-wise.  This time however I discovered a place called China Run, which according to their facebook page opened in October.  From the outside it looked like a Panda Express fast food type of joint.  Last Monday I decided to see what they were all about.

The first thing I noticed when I walked in was how clean and nice it looked.  Granted they are new, but that’s always a good sign.  I was greeted right away by the very friendly operations manager, Rodney.  I learned from him that this was the first of several China Run locations planned to open in the Sacramento area and that it’s not a big chain, which is the vibe it kind of gave me for some reason.  Instead of choosing from items in a steam table, your food is cooked to order.  That’s a big plus over Panda right away.  I kind of wanted to try a couple different items, but ordering as an individual it’s not as simple as getting a 2-item combo.  Rodney explained that some customers would order a rice bowl entree, minus the rice, in addition to a combo plate (which comes with an entree, a side and a spring roll).  I considered that but instead decided to try one of their appetizers with my General Tao’s Chicken combo plate.  I went with the Asian Lettuce Wraps, which is something I can never go to PF Chang’s and skip.

Rodney showed me the self serve ordering system which is a touch screen display with photos of the different menu items where you can place an order yourself.  They also take phone orders and he said they were working to get internet ordering from the website in the future.  I placed my order the old fashioned way and we talked a bit about the restaurant.  I took a couple photos, filled my cup with Dr Pepper and as I was sitting down my lettuce wraps were brought out.  This is where the Panda Express comparisons end and the PF Chang’s comparisons start.  I was pretty blown away by how good these were.  They reminded me of their PF Chang’s counterparts, and they might even be a little better.  These instantly became a must have item for me here. 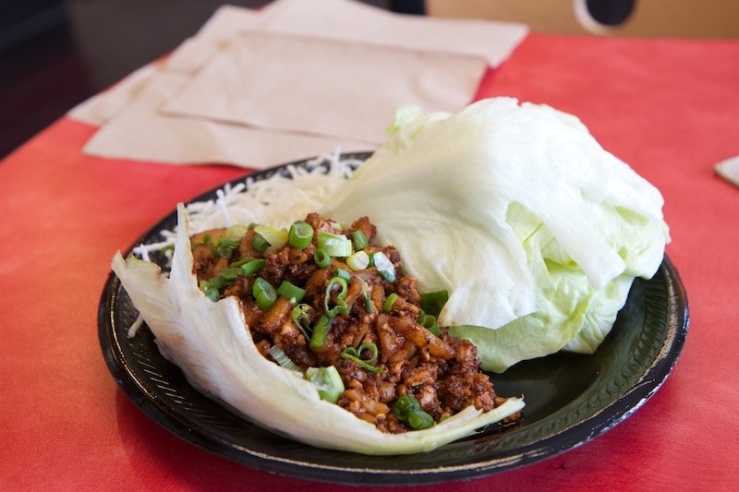 The General Tao’s Chicken came soon after.  For my side I had picked chow mein since I’m usually underwhelmed by fried rice just about everywhere.  This chow mein was quite good, and I think the fact that they cook it to order is the key here.  Both rice and chow mein can change a lot in the minutes after it’s cooked and when you get it in a fast food type of joint like Panda you’re lucky if you get some that’s very fresh.  China Run has a definite advantage in that it will be very fresh every time.  After hearing about my hesitation to order fried rice at other places, Rodney was generous enough to offer a sample of theirs for me to try out. He was pretty confident that I would like it, and I have to admit I would definitely order it in the future.  It was very flavorful and of course fresh.  In addition to the rice he also brought me some of their crispy potstickers, which paired with the sweet sauce were very good.  As far as texture goes I think I personally prefer steamed potstickers, but I wouldn’t turn these away if someone set them in front of me. 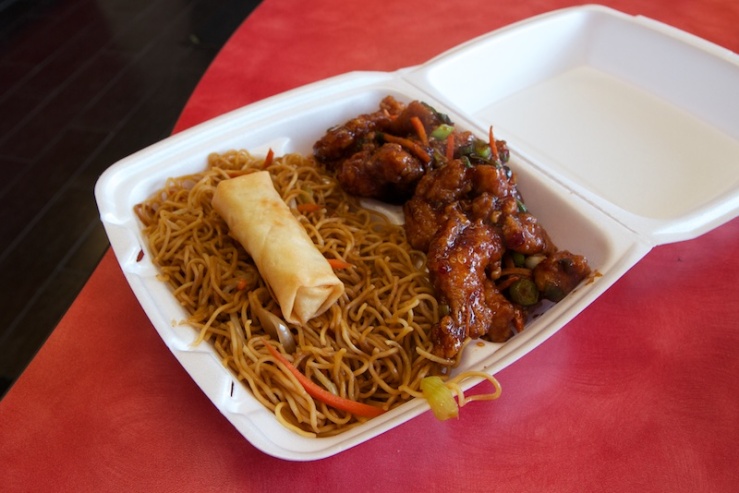 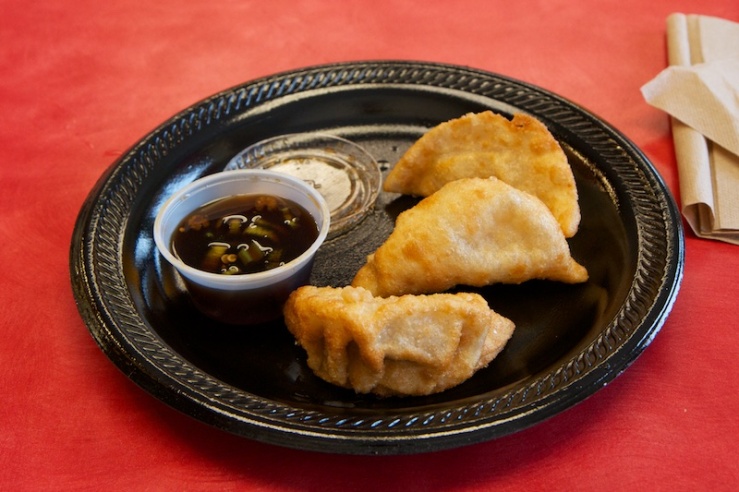 The spring roll was about the same as other spring rolls I’ve had, but honestly they aren’t really my type of thing.  Now the General Tao’s Chicken is something else entirely.  As I heard Rodney explain to a few customers, it’s basically a base of Orange Chicken with a darker, spicier sauce.  General Tao’s, General Tso’s, House Special, whatever you want to call it, it’s usually a pretty good choice.  That is almost an understatement in my opinion.  This was absolutely awesome!  As with everything else it was fresh and steaming when it arrived.  The sweet and spicy flavor was very rich and each piece had a nice light crunch.  I’m almost worried I won’t try anything else here because this was so good!

This was a surprising find for me.  I think because on many levels it looks like your typical fast Chinese joint, but the quality and taste of the food was much more like a good sit down restaurant.  I was told that most of their business is take out, which makes sense.  The freshness had by eating right there was pretty fantastic though.  After sitting down to write this I’m considering calling in an order to go tonight ;).  This is an easy 5 out of 5.