Time for breakfast again!  I said previously that I rarely go out for breakfast and that when I do it’s usually with company from out of town.  Well, it’s that time of year and good friends were visiting so we met up at The Barn.  There are many breakfast places I have not yet eaten at but I know that Waffle Barn will be at the top of the list, if not very close, once I do.

We arrived fairly late, ok, so noon, but I’m still calling it breakfast ;).  There were 7 of us and I was told the wait would be about 20 minutes.  This is actually a pretty normal wait time, regardless of party size.  I don’t think I’ve ever just walked in and immediately been sat.  There isn’t much room to wait inside.  Some people can sit on a small bench or two, most people stand against the windows or just wait outside.  Out front there are two fenced off areas to the left and right of the front door with built-in metal tables and chairs.  Worst.  Chairs.  Ever.  I don’t know what the designer was thinking unless it was “I hope no one ever sits at my tables” in which case, good work sir. 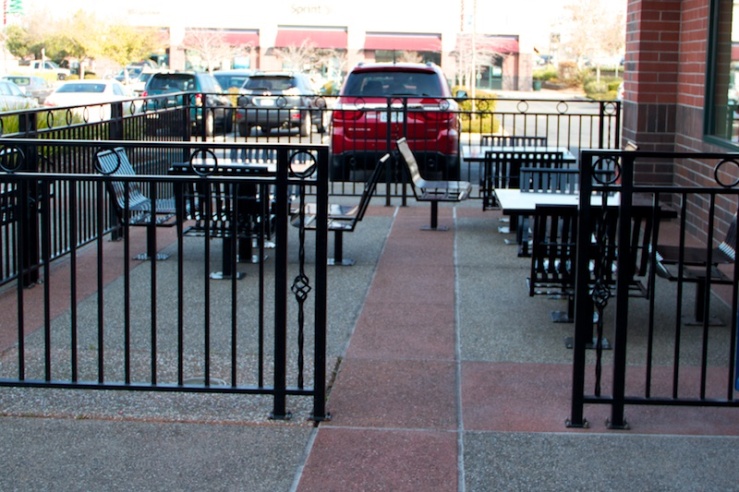 Once inside we were seated at a couple tables pushed together and drinks were ordered.  You kind of feel like you’re in some old country home with all the random little things they have decorating the joint.  Our Patrick Marleau look-alike server, Sean, showed up and started taking orders and was awesome about handling several split checks (we told him we could take care of it up front later if it was a hassle but he seemed happy to do it right there and then). 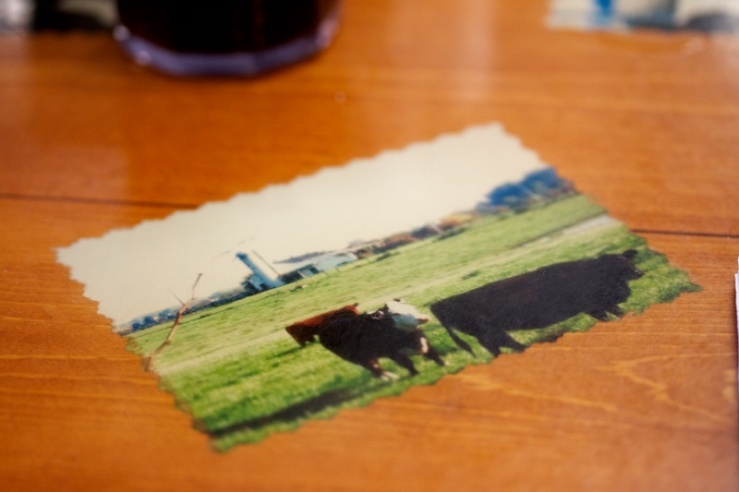 The menu is huge, and I regret not taking photos of it since there doesn’t seem to be one online anywhere.  Perhaps I’ll go back this weekend and do that, for the sake of the internet.  It doesn’t seem to have changed much, if at all, over the years I’ve been going.  You’ve got your standard various combos of eggs, waffles, sausage/bacon and hashbrowns.  Then you have a huge list of specialty waffles with fruit and other sweet toppings.  Of course there are plenty of Omelets too.  One thing which I see ordered from time to time are their “Barn Sized Skillets”, MASSIVE piles of potatoes, meat, cheese, eggs and veggies on a hot skillet.  I was barely able to snap this shot past the busy servers into the kitchen window where one was waiting to be taken to a table.  They do have lunch items, but to be honest I’ve never even looked at them.

There’s not a lot to say here, the service was stellar, huge props to Sean for managing our large table well.  Everyone was very pleased.  There was one time when we noticed he looked a bit busy so we flagged down a roaming server for a couple refills.  They seem to have one or two of these servers that take care of the entire restaurant, assisting servers and handling refills when possible.

So without further delay, on with the food (there’s a lot)!

Best Wafle in town (so far)

For the most part, very positive comments all around for the food.  The only complaint I remember was from the other end of the table about the sausage not being that great.  We had one passed down and a few of us tried it out.  I think the flavor was fine, but it wasn’t particularly hot, and the constancy was a little odd, kind of like beans, I don’t know.  It was just a little off though.  Other than that, it was a great breakfast with awesome service.  Ask for Sean next time.

Despite the sausage issue I feel compelled to give this place 5 out of 5 for everything else.  I almost didn’t even remember the little complaint as I was getting ready to sit down and write this.