It’s pretty rare for me to get up in time for breakfast on the weekends.  When I do it’s usually because I have company from out of town and we don’t want to waste hangout-time by sleeping in.  I’ve been to Waffle Square only a handful of times, and I don’t really recall anything about those visits (except that my hat once ended up falling into a lake of maple syrup after I attempted to hang it on a nail sticking out of the wall, but I digress).  This morning worked out well for breakfast out since I was selling some old computer parts on craiglist and was meeting the buyers in the morning.

Waffle Square is right next to the McDonalds on Harding, just down and across the street from the Trader Joes shopping center.  There were about a dozen customers already seated at tables or at the counter when I walked in.  I was greeted and taken to a little 4-person, high-backed booth in the middle.  The server that seated me asked what I would like to drink even before I sat down.  I’m not much of a coffee guy except for a cup at work to wake up, and I find the price of milk in restaurants to be absolute robbery, so I just went with a water.

The menu (here) has everything you would expect from a breakfast place- waffles, pancakes, omelets, skillets and more.  They also have a small lunch menu, I only particularly remember seeing burgers on it.  They seem to be missing a page on the website (the waffle page is there twice, so maybe thats where it went) otherwise I’d point you to that to see the other lunch options.  I almost always exclusively order a waffle with over medium eggs, bacon and hash browns when I go out for breakfast, but I thought I had better try something else since my previous visits were not very memorable.  I’ve had excellent chorizo scrambles for breakfast a number of times so I picked their version, the Huevos con Chorizo (3 eggs scrambled with chorizo and onions).  It comes with hash browns and either tortillas or toast.  I chose the toast.

My order arrived in less than 10 minutes and my server asked if I needed any ketchup or hot sauce.  I’ve never used either with breakfast before so I declined.  Everything looked decent, the hash browns appeared crispy as I requested.  The Huevos con Chorizo looked a little off and I couldn’t quite place it at the time but now as I look back at my favorite chorizo scramble I see that it had other things it in besides just the chorizo, onions and egg. 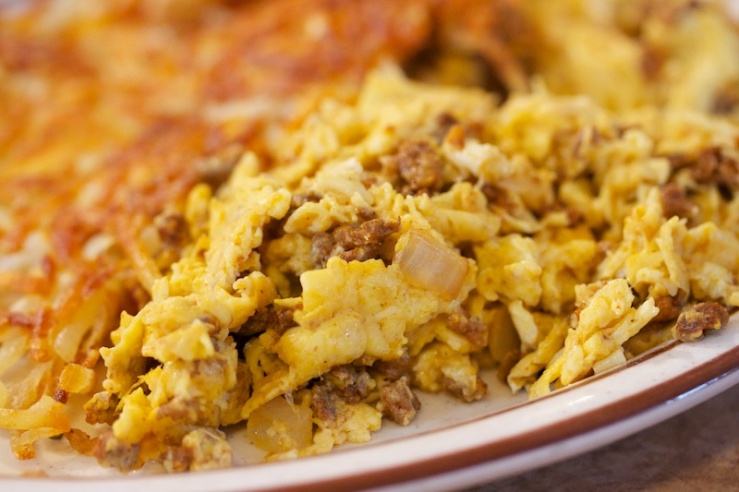 This chorizo scramble was unfortunately very bland, as were the hash browns and toast.  The toast was very lightly buttered, and I ended up adding jelly to each slice.  Plenty of other breakfast places I’ve been to have toast that I’m happy to eat with just the butter.  I have no idea how you make hash browns, do you season them at all with salt or anything else?  If so, I think they forgot that here.  They were the most boring hash browns I’ve had in a long time, they had virtually no flavor.  The only good thing was the crispy top. 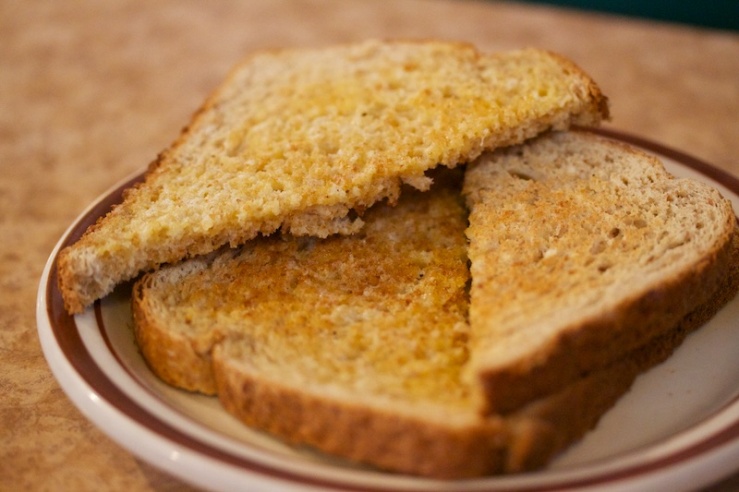 I wasn’t really sure if I was even going to finish the chorizo, and then I remembered the hot sauce option, so I flagged down my server and asked for it.  Tobasco and Cholula arrived together.  I put a small amount of Cholula on some of the chorizo and it was petty good, so I applied it to the rest.  I probably could have tried to enhance the hash browns with ketchup, but ketchup just doesn’t sound appealing to me in the morning, so I plodded through them plain. 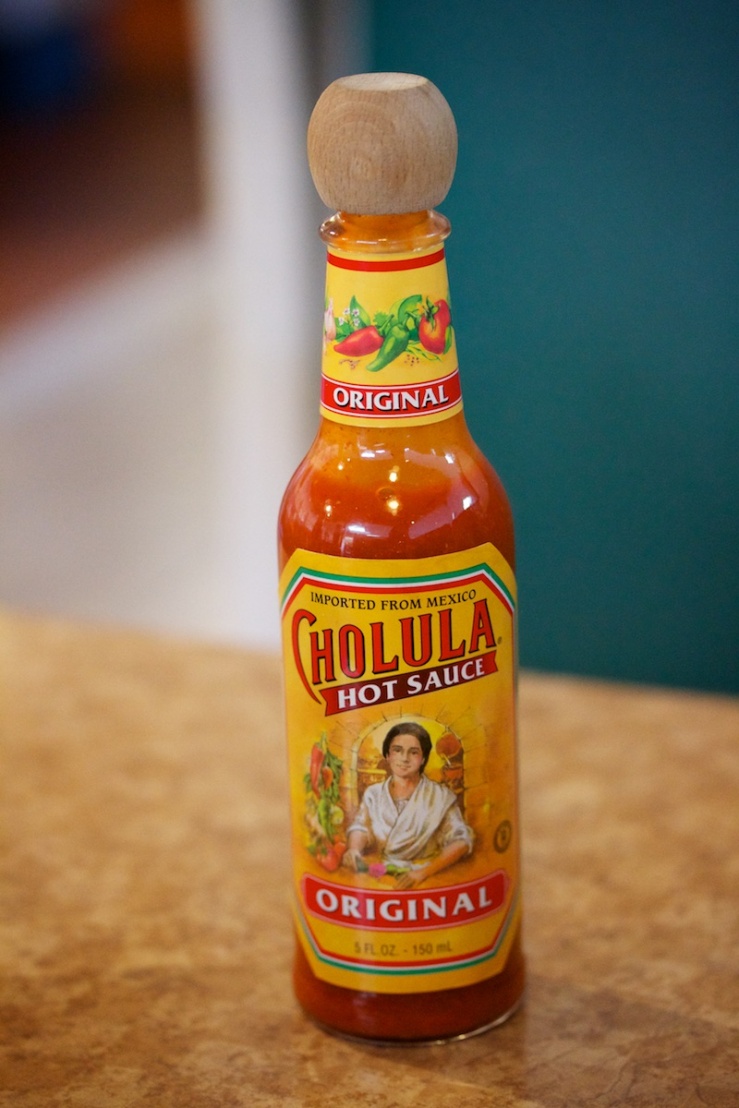 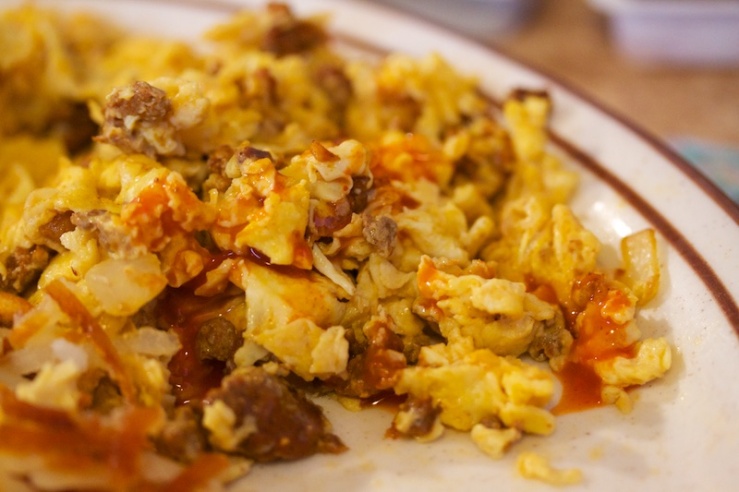 So now I know why I can’t remember the previous visits to Waffle Square, it’s a very forgettable breakfast.  The service was fast and friendly, and they open very early, at like 5 or 530, so I guess they have that going for them.  In my opinion there are much better breakfast options in Roseville.  iHop, while a chain, is always a solid breakfast and I’ve never been disappointed.  There is one called the Original Pancake House over near there as well, but I haven’t been there yet.  Waffle Barn is great and I look forward to eventually going there for the blog.